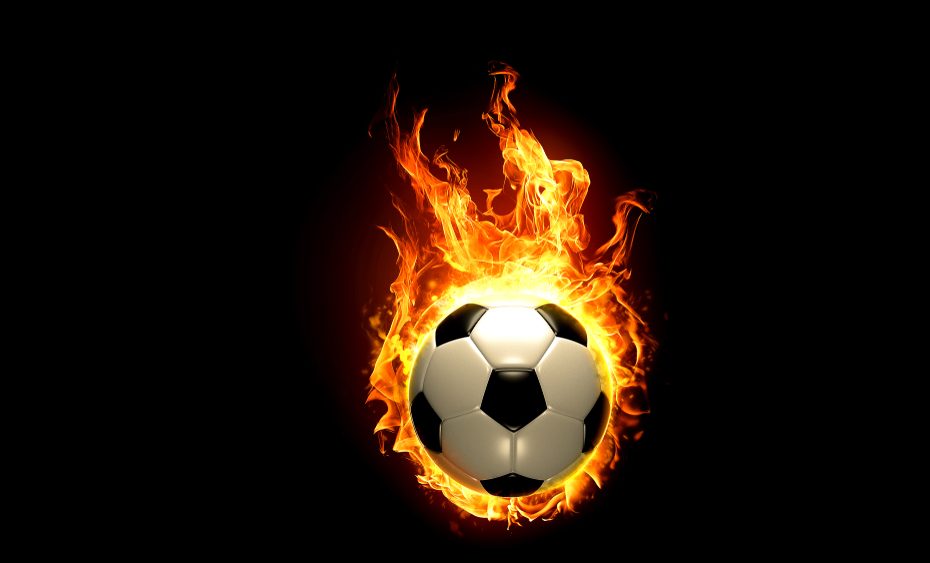 An eight-year-old boy who has been accused of using a burning soccer ball to set his neighbor, 6, on fire has denied the allegations.

Stefano Giacobbe has been playing with neighbor Dominick Krankall in the backyard of his home in Bridgeport on April 24 when the horrific incident took place.

Partly captured on the house security camera, the boys can be seen playing with a soccer ball and a can of gasoline. They both disappear from the frame and when they return, the younger boy’s face and hair is alight.

It is not clear how the youngster came to be burned or whether or not it was a tragic accident or a deliberate act.

Krankall suffered second- and third-degree burns following the incident and has spent weeks in hospital recovering with his face in bandages.

Video footage later released by the police shows a group of youngsters dousing the soccer ball in gasoline and then kicking it to-and-fro. At one point it is thought the ball was thrown in Krankall’s face, setting his hair alight.

The little boy’s mom, Maria Rua said the older neighbor had been bullying her son and had deliberately hit him in the face with the burning ball.

A 6 yr old boy in Connecticut has been hospitalized w/2nd & 3rd degree burns after his family said a bully covered a tennis ball w/gasoline,lit it on fire & threw it at his face.
It happened Sunday afternoon when Dominick Krankall was playing in the backyard of his family’s home pic.twitter.com/jBPAOcMW65

She told press she had been forced to move from her home into a hotel and then into a relative’s home because she had been receiving death threats.

A GoFundMe page was set up by Krankall’s sister, Kayla Deegan, 20, to help pay for the boy’s medical bills and treatment. The campaign raised over $600,000, but Krankall’s treatment was since paid for by an insurance company and now Rua says the money will be used to buy the family a new home.

Many people who donated have asked for their money back but Rua said she can’t access the funds, adding: “This is Dominick’s money. He is the one who went through this.”

Meanwhile, Giacobbe who was accused of bullying Krankall denied ever having assaulted the boy. Filmed sobbing and covering his face with a hoodie, he said the 6-year-old had lit a cup on fire with the gasoline and then stomped on it, causing the flames to burst into his face.

His defensive mom told press that Rua had taken things “too far”. Showing reporters around the backyard where the incident took place, she alleged that all the boys had been lighting fires and Rua’s accusations that her son is a bully are “lies” designed to better her financial situation:

“As you walk outside this is our backyard where the children were at play. This is where the gas was on the ground which Dominick did light on fire,” she told MailOnline reporters.

“As Dominick was standing here they were all lighting different things on fire. Dominick turned his back. There is a spot right here.

“Where were you [Maria] at the time that they were kicking a ball around in the backyard? You never came downstairs. Just admit it Maria Rua you are wrong! You are wrong! It’s done. You are a liar!

The furious mom went on to say that her son is “hurting now” and demanded an apology from Rua: