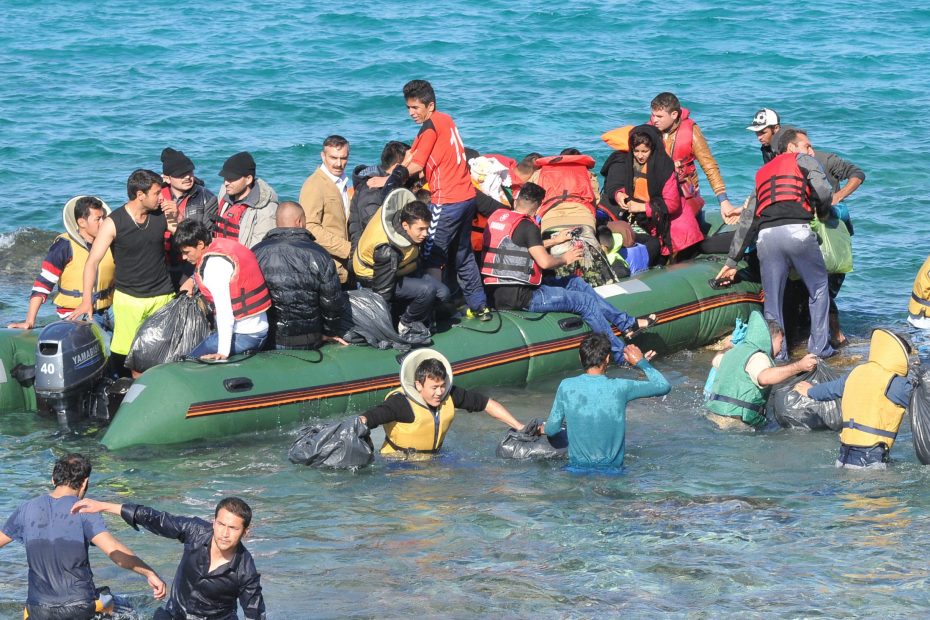 The first plane set to deport dozens of illegal immigrants from Britain to Rwanda was held on the runway last night by a last-minute legal intervention from the European Court of Human Rights (ECHR).

Boris Johnson’s Conservative Party government struck a deal with Rwanda earlier this year as Britain’s Home Secretary Priti Patel came under increasing fire from the British public for failing to deliver election pledges to sort out the country’s migrant crisis.

The African country agreed to take in an unlimited number of asylum seekers deported by Britain for a fee.

Johnson said he had predicted an army of “liberal lawyers” to block the plan from going ahead, and while the Supreme Court dismissed a last-minute plea for the migrants to remain on British soil, the ECHR stepped in minutes before the plane, which was carrying just 7 migrants, was set to depart.

Some 22,000 illegals crossing the channel last year, and with figures predicted to double this year to around 66,000, the British public has been crying out for a concrete plan of action to deal with the unlimited numbers pouring onto British beaches.

The migrant invasion in the UK in full swing again today. Someone needs to put holes in those boats. Slow leaking ones. 10,000 fighting age men arriving this year. How's that "Rwanda deterrent" working out??!! pic.twitter.com/7UovQy960Z

The deportation of asylum seekers is not directly against any UN law provided their claims are processed and they are provided with safety, security, medical care and accommodation, but the ECHR argued that Rwanda has a poor human rights record and managed to thwart the long-awaited first flight to East Africa, wasting around $604,000 of tax payer’s money in the process.

But despite the set-back, Johnson vowed to do “whatever it takes” to deliver on his promise to remove the migrants from Britain, including potentially leaving the ECHR, which was set up by Winston Churchill after the World War.

While the ECHR is not part of the European Union, Britain’s newly found independence from the stifling red tape of the EU has come to an early sticking-point, and if the Court continues to block Johnson’s immigration policies it is possible Britain will cut ties and simply rely on its domestic laws to uphold human rights.

Asked if its possible Britain could leave the ECHR, a Number 10 spokesman said: “We are keeping all options on the table including any further legal reforms that may be necessary. We will look at all of the legislation and processes in this round.”

Home Secretary Priti Patel stood by her controversial plan which she has said is vital in deterring evil people smugglers. Speaking in parliament this lunchtime, she said the government “will not be deterred from doing the right thing, we will not be put off by the inevitable legal last-minute challenges nor will we allow mobs to block removals”.

Meanwhile, Britain’s left-wing faction has gone into complete meltdown. The Joint Council for the Welfare of Immigrants labelled the scheme “unspeakably cruel” and said the migrants, who arrive on British shores on dinghies from peaceful France, should be “supported to rebuild their lives here”.

Labour Party Culture Secretary Lucy Powell said the government’s plans were “expensive”, “unethical” and “un-British”, but considering the left has doggedly told us over the years that these are desperate people fleeing for their lives from (war-torn?) France, surely, they’d be glad of the opportunity to begin a new life in a peaceful nation, with the full support of the British government?

"Deporting people to Rwanda is utterly cruel, and a distraction from the cost of living crisis.”@zarahsultana says the government is playing politics with refugees' lives. pic.twitter.com/Aqo6YIylN9

The liberal left were, until a few weeks ago, always telling us about how wonderful the African continent is, and how awful we are in the West. Why the sudden change of heart?

In my view, it’s rather racist of them to suggest Rwanda is THAT awful.