BOOM: Robber Attempts to Use a Knife to Rob a Store, But Fortunately the Clerk Had a Handgun 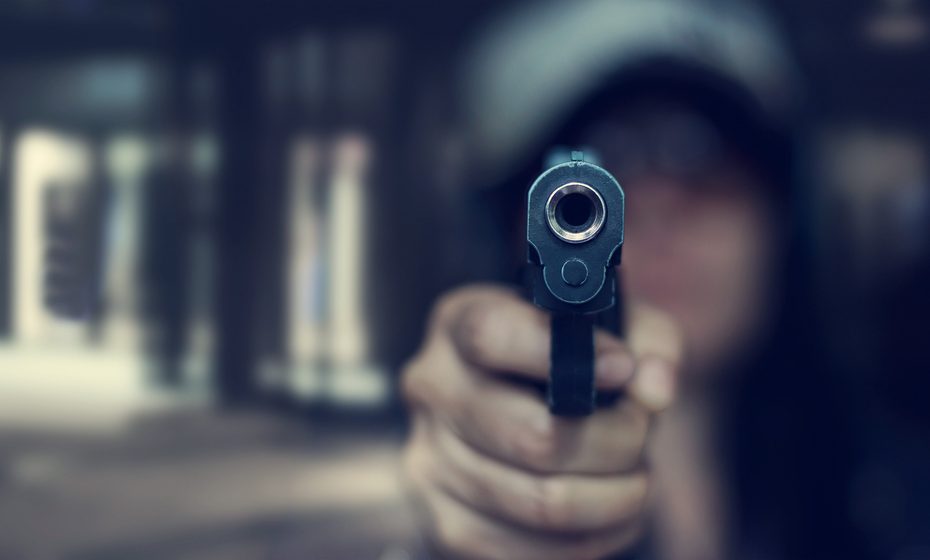 Things went downhill quickly for a robber in Texas that attempted to use a knife to rob a convenience store…brandishing the knife during a late-night robbery, the 62-year-old would-be robber learned that there’s a reason for the saying “never bring a knife to a gunfight.”

That’s because the clerk, who suffered minor injuries during the attempted robbery, was fortunately armed and able to fend off the attacker by firing off numerous rounds from the weapon she was carrying, wounding the attacker.

Apparently, the situation began when a solitary man by the name of William Coleman entered the Beaumont, Texas convenience store shortly before midnight on Friday, July 22nd and brandished a knife. Coleman then (allegedly) robbed the female store clerk, who called the police.

Police were then dispatched to the scene of the robbery, arriving at the store within minutes of the call.

But that wasn’t fast enough to prevent the situation from escalating, with Coleman and his knife proving no match for the injured clerk and her loaded weapon, as the clerk apparently shot Coleman while police were en route.

Coleman was then taken to a local hospital, where he was treated for serious injuries stemming from the gunshots, though he was not killed.

12 News, a local news outlet, reported on what happened after the robbery, noting:

Coleman was taken to an area hospital to be treated for serious injuries. He was later charged with aggravated robbery.

Once Coleman is released from the hospital, he will be taken to the Jefferson County Jail and held there on a $250,000 bond.

Officer Morrow told 12News an initial investigation suggests Coleman entered the store and attacked the clerk with a knife, at which point the clerk pulled out a gun and shot him.

The Beaumont Police Department corroborated those details in a press release regarding the incident, saying:

BPD Detectives have obtained an Aggravated Robbery warrant for William Coleman, a 62 year old Beaumont resident (pictured below). Coleman is currently admitted to the hospital for injuries sustained when he committed an aggravated robbery at the Everest Food Mart last night (see original press release below). His bond was set at $250,000 and he is in custody at the hospital. Once released from the hospital, he will be transported to the Jefferson County Jail and booked in on the warrant. The investigation is on-going.

On Friday, July 22, 2022 at 11:34 p.m. Beaumont Police responded to 2810 Eastex Freeway (Everest Food Mart) in reference to a robbery in progress. Dispatch advised that the store clerk had called 911 and stated that a man was robbing the store with a knife. While officers were in route, the clerk advised that she had shot the suspect. Officers arrived on scene and located the victim (clerk) and the robbery suspect inside the store. Preliminary investigation revealed that during the robbery the suspect entered the store, displayed a knife and physically attacked the clerk prior to her discharging her firearm. The victim sustained several minor injuries during the incident. The suspect was admitted to the hospital with serious injuries, however charges are expected.

The lesson from the story is clear: the old saying that God created all men equal but it’s Samuel Colt that made them so is as true now as ever. Thanks to her firearm, the female clerk was able to fend off her male attacker and keep herself safe despite his predations. Such could easily not have been the case were she unarmed or dependent upon a bladed weapon for her safety.