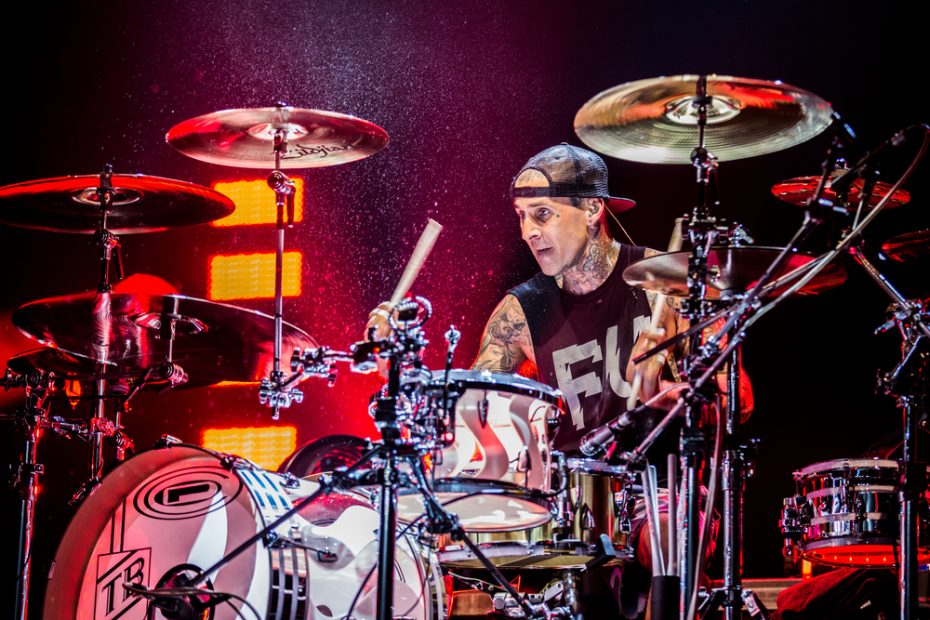 Travis Barker, the drummer for Blink-182, was transported by ambulance to the hospital yesterday for reasons yet to be known.

It is known that Barker was transported from West Hills hospital, presumably upon orders from his doctor.

According to a story by the Daily Wire, Barker and his wife Kourtney Kardashian visited West Hills hospital Tuesday morning for an undisclosed “health issue.” For unknown reasons, it was deemed necessary to transport Barker by ambulance to Cedars-Sinai Medical Center in Los Angeles, California.

The Wire further reports, “Barker’s health emergency comes just one month after he and Kardashian tied the knot during a three-day celebration in Portofino, Italy. It also comes just a week after Kardashian revealed that she had just contracted and recovered from a second bout with COVID.“

That tweet, the news breaking that Barker was in the hospital, and the fact that Barker’s daughter, 16-year-old Alabama, asked her Instagram followers to “Please send your prayers.” caused Barker’s tweet to erupt in replies. The replies ranged from concern, a call to pray, to pointing out that “God Save Me” is a title (lyrics) to a Machine Gun Kelly song, which Barker is friends with.

The Wire also reports that Barker’s ambulance was seen pulling into the wrong entrance at Cedars-Sinai Medical Center, followed by a black SUV with Kourtney and the couple’s “security team.” After continuing to the correct entry, Barker was observed being wheeled into the hospital on an ambulance gurney, followed by Kardashian, dressed in all black with a hoodie pulled over her head.

Barker knew of the media presence outside the hospital, as he was seen holding up his right arm and making a fist with his skull tattoo on the back of his hand.

It is also known that at 4:08 PM on Tuesday, Kardashian tweeted, “We’re all about healthy boundaries,” with a link to a poosh article about couples needing space to maintain a healthy relationship. That would indicate that Barker was not in any life-threatening situations, but perhaps Kourtney doesn’t like hospitals.

Kardashian’s tweet could be seen as preventative and not necessarily an “it’s not you, it’s me” talk. Perhaps she is just getting a jump on preventing friction, not saying there is friction.

We're all about healthy boundaries https://t.co/ypz9thtI8N

The celebrity couple recently attended the Met Gala 2022 just a few weeks ago, with Barker being featured in a GQ article for his “polished punk” look. The Met Gala red carpet was a first-time experience for Barker and came just after an 18-month whirlwind romance with Kardashian.