Blast From the Past! You Wont Believe What Honey Boo Boo Is Up to Now! 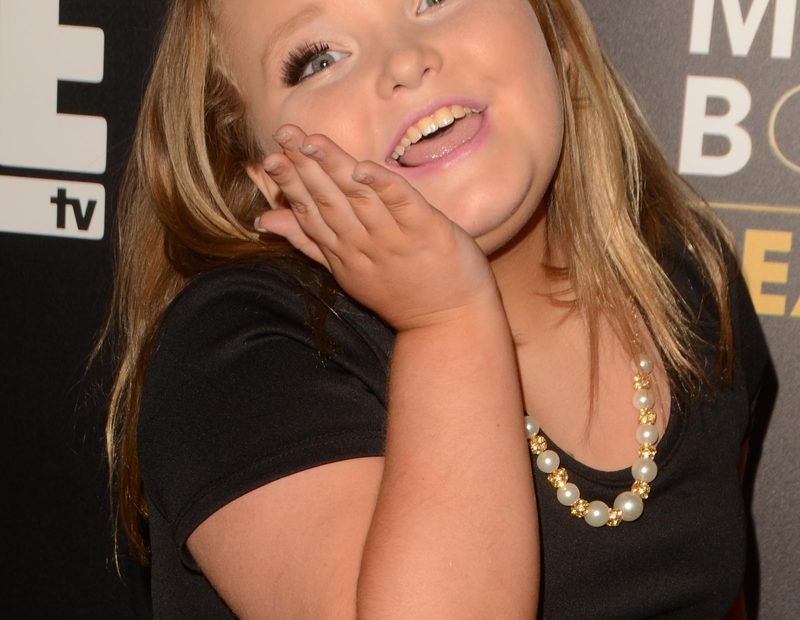 I’m not an overly religious man, though I do believe in God and the Bible. I also believe in the end times. You know, apocalypse stuff.

The Four Horsemen of the Apocalypse, as portrayed in Revelations. Conquest, war, famine and death are the aforementioned four, but I’d submit a fifth, if I may.

Honey Boo Boo. Yep, THAT Honey Boo Boo. We all remember the precocious young pageant girl from “Toddlers and Tiaras”. Surely the fact that she is back in the media spotlight is a sign of end times. But I digress. What has happened to her since the end of the show?

Mama June has frequently been in the media for her often questionable life and relationship choices, but what of Honey? Because we all long for the good old days, (yes, 2012 qualifies as good old days), let’s take a quick peak and see what our favorite pageant girl is up too now!

Here are the details according to Page Six:

The former “Toddlers & Tiaras” star, 16, said in a new interview that she and Carswell, 21, have received backlash for two things: “our age gap” and “because he’s black and I’m white.”

“I don’t care because, like, at the end of the day, my sister approves, his mom approves and we’re happy, so what fans got to say or what haters got to say, I don’t really care,” Thompson told “Entertainment Tonight” Thursday.

Whoa, what? Honey Boo Boo is dating? Has 2012 really been that long ago? Apparently Boo Boo is taking flack for the age gap. While on the surface, 3 to 4 years doesn’t seem like much, heck my wife is 4 years older than me. (She denies this). However when you are talking sophomore in high school versus college age, the gap seems a bit lascivious. Maybe that’s just being judgy, I don’t know. It just doesn’t feel right.

As for her dating a black guy, is anyone in 2022 REALLY upset about this? I suspect it is mostly internet trolls giving her a hard time. Who really cares?

“She’s not getting married, she’s not having a kid, she’s doing very good in school,” Shannon, 22, said, adding that despite their age difference, Thompson and Carswell are “on the same wavelength.”

I wasn’t aware Pumpkin had been granted custody. Mama June, what’s up? I’m very disappointed in Mama June. She was always my idea of the perfect mother. Yes, that’s sarcasm.

At the end of the day, if the kid is in school, excelling, and staying out of trouble, isn’t that the most important thing? Good job Pumpkin!

Thompson’s mother, “Mama” June Shannon, has also defended her daughter, saying the teen is old enough to make her own decisions.

“She is getting a lot of hate because she’s in an interracial relationship [and] he is older,” the “Mama June: Road to Redemption” star, 42, told TooFab in May. “At the end of the day, Alana’s not that 6-, 7-year-old child y’all fell in love with 11 years ago.

Ok, so much to unpack here. Let’s be real. Anyone else remember being 16? I do. I CERTAINLY wasn’t capable of making my own decisions. Otherwise I would have dropped out of school to become a professional wrestler.

My kids? My oldest son was convinced he wanted to be a professional DJ when he was 16. Definitely not old enough to make his own decisions.

On another note, maybe some folks fell in love with Honey Boo Boo. I watched to validate that I was a good parent. It worked.

“Alana has grown up, she’s graduating high school next year, guys! People need to realize that she’s going to be 17 in August.”

Alana and her beau most recently made headlines when she announced their plans to travel to New York City in August to undergo a $13,000 weight-loss surgery.

I can’t wait to watch what will surely be ANOTHER reality show on Honey Boo Boo’s weight loss journey. Sadly, morbid curiosity will probably lead me to tune in. Beats the hell out of MSNBC, after all.

In the end, good luck to Honey Boo Boo and her boyfriend. I wish them the best of luck. She reminds me of 2012, you know, the good old days.