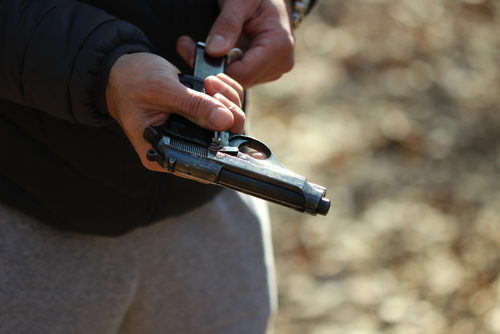 An 18-year-old freshman has allegedly been shot dead by a professor in a Georgia college. The suspect is a 47-year-old professor in business administration at the University of West Georgia named Richard Sigman.

Richard has been charged with murder of the deceased freshman, possessing a firearm, and aggravated assault in the late student’s death on Saturday. According to police, the incident occurred off Adamson Square in the courthouse parking deck. The officers confirmed they responded to Tanner Medical Center on the 30th of July after a teen identified as 18-year-old Anna Jones showed up with a gunshot wound.

Police say, Sigman got in an argument with another man in a parking deck and began firing shots and striking Anna while she was sitting in her car. pic.twitter.com/yG8pzAExpi

Anna Jones was a 2022 Mount Zion High School graduate whose life was unfortunately cut short. The high school took to its Facebook page to express its grief and condolences concerning her death. “Anna loved this school and this community, and she will be missed dearly by many. Please keep her family and friends in your thoughts and prayers as they go through this difficult time,” the school wrote in a post.

Efforts to help her family in this moment of grief have also been made as a GoFundMe page was opened on Anna’s behalf.

“With permission from her mother, Jessica, I am starting this to help with the funeral expenses for Anna. She was a beautiful, sweet soul and her smile would light up a room! As with most parents, you never think that you will need life insurance for your child. This was a devastating and senseless crime that left a lot of hearts broken, a community mourning, and a family grieving. If you could, please help in any way,” the GoFundMe page read. Thankfully, the public has supported the deceased in their little way and has raised almost $20,000. Many more people also took to social media to support the deceased and her family.

Stephanie Hodges, a former teacher of Anna Jones shared this photo of her with me. She says, "Anna didn't have an enemy in this whole world and was such a light." She tells me she is still in shock after learning the teen was killed. More tonight on @11AliveNews. pic.twitter.com/WL9A18xQPi

The school president, Brendan Kelly, has also reached out to Anna’s family and the general public on behalf of the University. “The University of West Georgia has learned of the loss of one of its students, Anna Jones, who passed away following an off-campus incident earlier today,” she said in a statement.

She also added that the University of West Georgia has officially terminated the employment of Richard Sigman and will continue to work with the city of Carrollton Police Department, which leads this ongoing investigation.

According to the police, the reports are that the deceased Anna was shot dead outside a pizzeria in Carrollton after the professor and another unidentified man had gotten into an argument. The police also added that the professor had threatened to shoot the other man outside that pizzeria.

The man who had immediately shouted for help drew the attention of the security, who spotted the gun with the professor as they approached the duo. Upon sight of the weapon, the security had immediately ordered the professor to leave the premises as weapons were not allowed. The professor then allegedly walked towards a parking lot and suddenly started shooting into a parked vehicle where Anna was sitting at the time. This sentimental incident remains in the public’s minds as everyone looks forward to the court’s sentence.