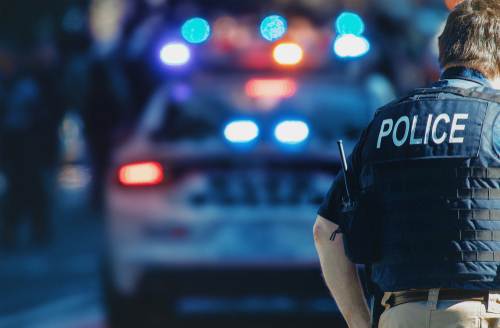 Maryland State troopers used to bust parties if there were people smoking weed but now they are throwing their own!

The Maryland State Police public-safety training school in Montgomery County has just started a new program to bring awareness to driving under the influence of marijuana. In order to do so, they put up a big white tent and invited 10 people from the community to get high on their dime.

Inside the tent was munchie foods such as chips, pizza, sweets, and a lot of marijuana. MPD’s objective, on the other hand, was entirely serious: to demonstrate to law enforcement what the effects of marijuana impairment look like, and to teach stoners how the substance may affect their ability to drive safely.

According to the WSJ,  authorities refer to the tent as a “green lab.” The participants will have two periods of thirty minutes each to get high. Following each one, students are escorted into classrooms where they must complete a battery of field sobriety tests, such as walking in a straight line—or at least attempting to do so.

Maryland cops hosted a smoking party so cops can learn what weed impairment looks like, and to show smokers how marijuana can mess with driving. https://t.co/bekjaXjMl7

One woman, who is 29 years old, revealed that she was glad to play her part while she was enjoying a joint inside the tent. She, like the other participants, has a medical marijuana card that was granted by the state, which means that it is legal for her to use marijuana.

The woman revealed that there was a second purpose for her attendance: “Honestly, simply wanted the chance to smoke in front of the police without anything happening to me,” she remarked when asked about her motivations. “It’s a bit unusual, but I’m accustomed to doing strange things because I’m a strange person,” she said. “It’s a little strange, but it’s also a little strange.”

According to authorities from the Montgomery County Police Agency, in 2018 the Montgomery County Police Department became the first police department in the United States to host a green lab. The most recent one was the eighth in the county. Recently, law enforcement departments in Seattle and Ohio have both implemented initiatives that are quite similar to one another.

It is a violation of the law to operate a motor vehicle while under the influence of marijuana; but, unlike with alcohol, there are no universally recognized criteria for determining how much impairment marijuana causes. The presence of any amount of THC, the psychoactive component of cannabis, in a driver’s system is prohibited by law in certain jurisdictions, while other states have established acceptable thresholds.

Many locals aren’t too fond of the new driving program and believe tax payer’s dollars could be used in ways that don’t condone the use of drug use. Essentially police officers are sending messages to the community that you can get high but don’t get high behind the wheel.