BIZARRE: Deranged Monkey Steals Baby and Throws Him Off Roof 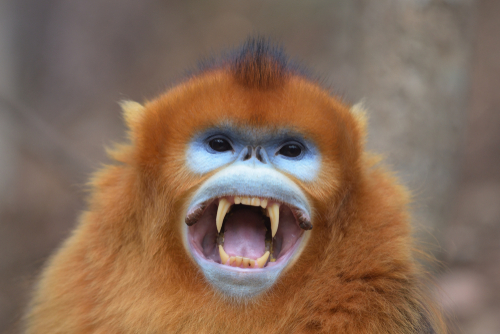 A monkey ripped a four-month-old baby from the arms of his parents and threw him off a roof to his death last week. The incident took place in a rural village in India. It all started when Nirdesh Upadhyay was standing on the terrace of his three-story home in the rural village of Dunka with his wife along with their infant son.

Upadhyay and his wife were just having a relaxing time on the roof terrace on a Friday evening when a slew of monkeys climbed up onto the roof and surrounded them. The couple attempted to scare the monkeys away but failed so they proceeded to run in the direction of the stairs in an effort to get away from the situation. However, Nirdesh, who was carrying his kid at the time, fell and dropped the infant.

Before either of the baby’s parents could respond, one of the monkeys snatched the infant boy by the hand, dragged him to the edge of the roof, and then dropped him. In their grief, the parents were able to make it back inside the house and dashed downstairs to their son’s rescue, but according to reports, the child was pronounced dead at the site.

The incident is currently being investigated by authorities at the Shahi police station. The conservation chief of Bareilly city, Lalit Verma, informed PTI News that his team has been dispatched to probe the involvement of monkeys in the murder of the child.

Although the primates are usually able to coexist with the humans who live in these settlements in a state of relative harmony, there have been a number of documented cases of monkeys attacking people, particularly children. This is despite the fact that primates and humans are able to coexist.

Last year another major monkey attack occurred in India but this time it involved monkeys attacking dogs. The New York Post had these details to share about the monkey’s deadly rage:

In a small Indian village, a pack of murderous monkeys have started a war with the local canines. Around 250 dogs have been dragged to the tops of buildings and trees and dropped by a crew of raging primates that are apparently furious with the pups after they killed one of their babies, local media reported. Locals in Maharashtra’s Beed district, about 300 miles east of Mumbai, told News 18 the monkeys have been on a quest for revenge and in the nearby Lavool village, not a single dog has survived the purge.

Villagers told the outlet the killings started about a month ago when a few dogs killed an infant monkey and since then, the moment a dog is spotted, simians are apparently snatching up the pups and dragging them somewhere high to drop them to their deaths.

Monkeys in an Indian village have k*lled 250 dogs by dragging them to the top of buildings & dropping them out of revenge after a pup k*lled one of the baby monkeys 🐒 pic.twitter.com/o6YTZfnBht