Bill Clinton Looked for Aliens! What Did He Find? 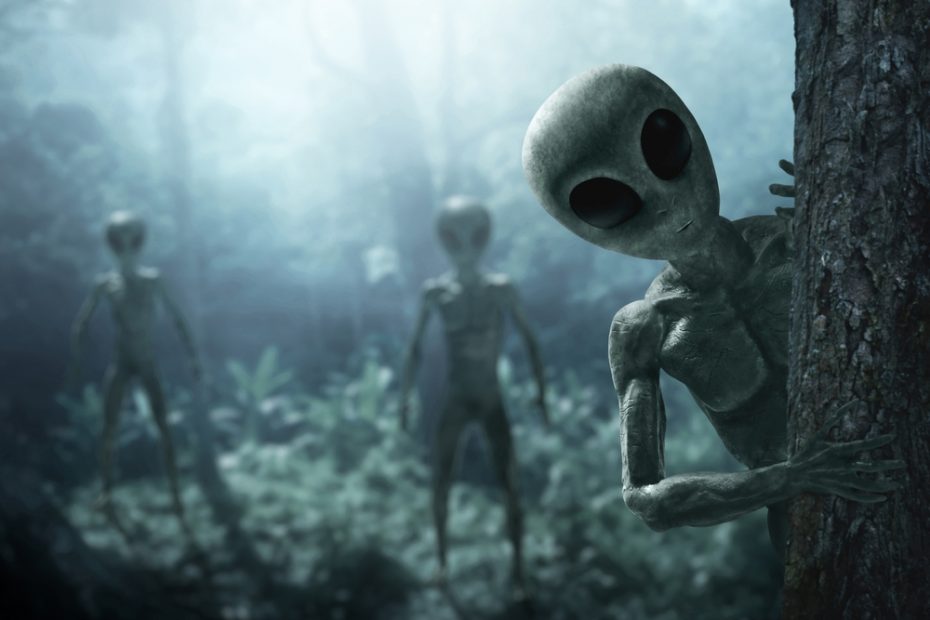 As much as I hate to admit it, Bill Clinton was a good president. Of course, he was as centrist as a democrat, especially for his second term as you’ll ever find. Plus he had the tech boom to aid the economic growth during his presidency. Plus he had the advent of the internet.

Ok, maybe Bill Clinton had so much going for him he almost COULDN’T fail, unlike Brandon, who has failed spectacularly.

Either way, Bill Clinton recently revealed something from his presidency that Old Joe can’t take credit for, despite what his handlers tell him. He looked for aliens at Area 51!

What are the details? Per the New York Post:

Former President Bill Clinton admitted in a new interview that he sent federal agents to find out if aliens were hiding out at Nevada’s so-called Area 51.

Clinton, in a Wednesday appearance on the Late Late Night with James Corden, said while he was president he and Chief of Staff John Podesta, “made every attempt to find out everything about Roswell,” and even “sent people to Area 51 to make sure there were no aliens.”

Now forgive me if I misunderstand. Aliens wouldn’t be “hiding out” per se, so much as being “hidden out” by our government, right? I’d like to think aliens would be smart enough to NOT hide out in a place where most Americans think aliens already are! Stupid aliens!

In my mind, Clinton would’ve gone to Area 51 himself, like Bill Pullman in the movie Independence Day and hunted ET himself. Apparently, he was too busy training interns, or whatever he did with his days to the time.

Of course, if you are a certain age you remember a scene with Captain Kirk and a certain green lady on Star Trek. That would’ve been more Slick Willy’s style.

The ex-president said he sent his National Security Advisor at the time, the late Sandy Burger, to the mysterious Nevada Air Force base, whose legacy of secrecy has spawned conspiracy theories about aliens that have made the site the center of American UFO folklore.

“I said we got to find out how we’re going to deal with this because that’s where we do a lot of our invisibility research in terms of technology, like how we fly airplanes that aren’t picked up by radar and all that,” Clinton said. “So that’s why they’re so secretive.”

It’s probably better that they didn’t encounter any aliens. Imagine how awkward it would’ve been when Sandy Burger introduced himself and the aliens tried not to snicker. Intergalactic incident, anyone?

“On the other hand, Hillary and I went to Hawaii in 2018 to the big island where all the telescopes are on top of the mountain, including the Keck telescope, the largest in the world, and several countries have scientific teams there,” the 42nd President said. “So after we toured the telescope we went down and met with them.”

“I said ‘Do you guys argue about the likelihood of life in outer space?’ He said we have huge arguments,” he continued.

Bill Clinton Claims He Sent Agents Into Area 51 To Check For Aliens But Found Nothing. Yah Ok. https://t.co/YtfoAhGFAJ. pic.twitter.com/PJvdZG1rju

I find it surprising Bill didn’t give Hillary the old, “lets take a picture by the volcano rim” line. Might’ve kept Donald Trump out of office if the Dems didn’t have Hillary to be the face of their party in 2016.

Whatever you believe about life outside the 50 percent of “intelligent” life we have on earth (looking at you dems), it’s commendable that Bill at least went and looked. Of course, had the dems found alien life they would’ve immediately attempted to make them citizens to pad the voting base, but I guess we will traverse that part of the galaxy when we get there.