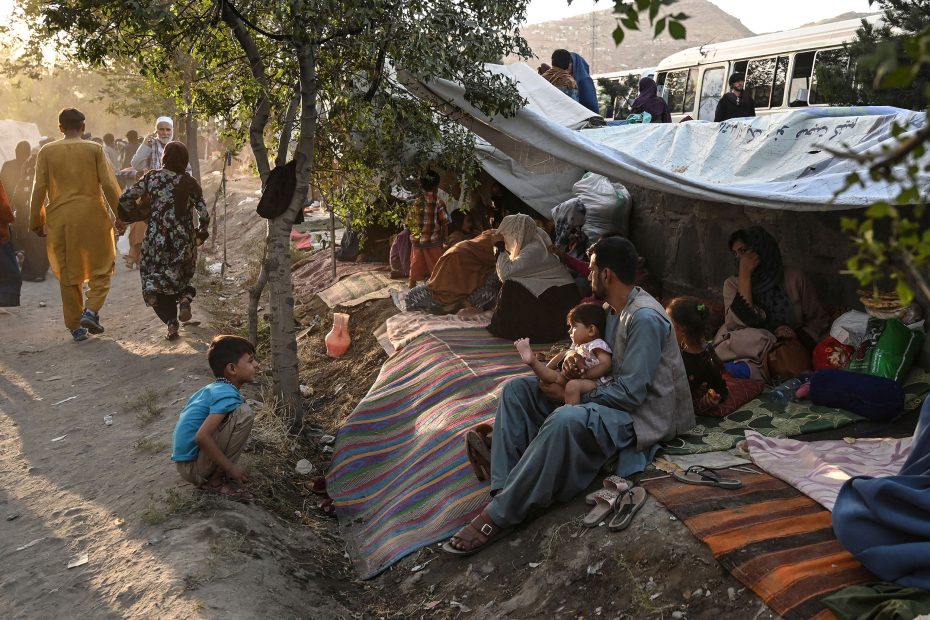 Federal agencies working under this sham of an administration knowingly resettled 400 Afghan refugees known to be potential threats to the United States national security. They have settled here anyway.

Wisconsin Republicans on Thursday reiterated their concerns about the vetting of Afghan refugees being housed at an Army post in the state, after two Afghan men were charged with crimes there. https://t.co/oC7pt13ZRh

A year ago, after the debacle this administration caused, which left the afghani people vulnerable to the Taliban, concerns grew among many in the house and senate about possible vetting issues and whether or not we’d be letting in terrorists. In a statement last August, even Trump said, “How many terrorists are among them?” Apparently, the number is 400.

Over 300 Afghan refugees are on watch lists after the Biden admin's refusal to properly vet. The @FBI admitted today they don't know where they all are. @amrenewctr warned about this danger last year. Not every Afghan was in the foxhole with our troops! https://t.co/3nQvb4GKrs

Since mid-August last year, Biden has resettled more than 85,000 Afghan refugees across 46 states with bipartisan effort in Congress. This year, Biden plans to have resettled tens of thousands more.

One year later, after the concerns for vetting were voiced amongst several Republican lawmakers, a whistleblower, who is a DOD employee, has now come forward saying that Biden’s agencies not only allowed hundreds of Afghans they knew were listed on federal “watch list” databases as national security threats into the U.S., but they also urged staff to cut corners in the vetting process. One year ago, Democratic Gov. Tony Evers called Republicans’ concerns “Dog whistle crap.” And yet, here we are, dog whistle crap and all.

In a letter to the Acting Inspector General of the DOD, Republican Sens. Josh Hawley and Ron Johnson wrote regarding the whistleblower’s disclosures that they “may show the Biden Administration’s failure to vet those evacuated from Afghanistan was even worse than the public was led to believe.” Both senators stated that at least 65 non-security threats from Afghanistan fit profiles of significant high-security risks before the DOD whistleblower came forward, whose disclosures revealed another 320 Afghans who entered the U.S. despite American bureaucrats knowing that they had profiles in a DOD national security database. The watchlist from which the names of these security risks were obtained came from biometric information collected throughout the past twenty-year war in Afghanistan.

According to Senators Hawley and Johnson, the Biden administration bureaucrats not only permitted the entry of hundreds of potential terror threats but also actively instructed employees at the DOD to take shortcuts while processing the biometric data of Afghans on their way to the U.S. homeland through staging bases in Europe. The whistleblower states that political appointees instructed DOD personnel only to test one fingerprint per Afghan rather than all ten. Try applying for a job in the U.S. that requires fingerprinting such as teaching, working in a state park, or taking your real estate license. You aren’t leaving until all ten of your digits have been verified.

It gets worse. The DHS has been instructed to destroy old biometric data collected over the last twenty years, which covers the time we were in Afghanistan. In a report released by the DOD, as of November 2021, fifty Afghans already in the United States had been red-flagged for “significant security concerns.” Here is the problem with this: Most of the unvetted Afghans flagged for possible ties to terrorist activity have since disappeared into the great wide open. The report also stated that as of September 17, 2021, only three of 31 Afghans flagged for security concerns could be located. And yet, hundreds of thousands more are scheduled to arrive in a town near you.

.@SenJoniErnst: "The State Dept. has fallen down in so many different areas," failing to properly vet Afghan refugees. https://t.co/VlT7z8drtO pic.twitter.com/7dS3u9ZDPU