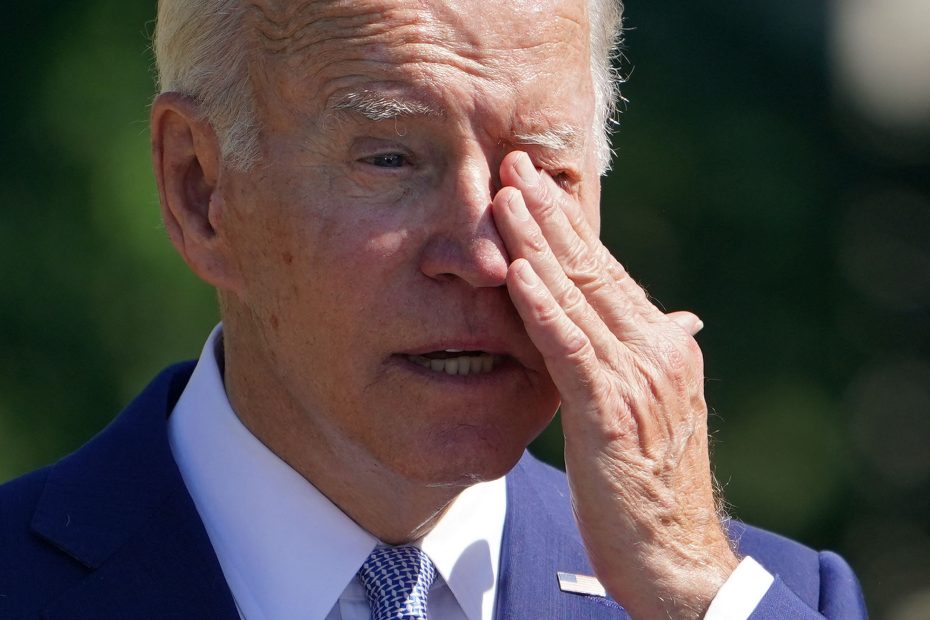 After witnessing Biden’s cough-riddled speech on Tuesday, many are now finally questioning whether he is fit to serve as Commander in Chief.

Twitter users expressed their discomfort and concern after witnessing viral clips of President Joe Biden coughing relentlessly throughout a Tuesday White House speech on the passage of the CHIPS bill and then proceeding to shake hands with several lawmakers afterward. Biden also looked shell-shocked when he was expecting a handshake from Senate Majority Leader Chuck Schumer (D-NY) after the two of them had shaken hands seconds before. Biden’s critics on Twitter expressed their horror by reminding other users that Biden had just finished his COVID-19 isolation after having the virus back-to-back, was unmasked, and shaking hands after coughing all over them.

MY GOD, I’M SO SICK OF THIS DAMN BUZZARD BAIT! 🤦‍♂️

Brainfart Biden can barely walk, talk, or understand what century he’s in. He speaks with slurred speech, half-words, and 8 month old baby gibberish. His hacking and coughing is getting worse…😝#Dope🤡

Video clips went viral all over Twitter of President Joe Biden coughing his way through his speech on the signing of the CHIPS bill on Tuesday. The Washington Free Beacon captioned one of many of their videos with, “Biden is coughing so much during his speech that he can barely talk.”

Another clip shared by The Free Beacon shows Biden shaking hands with Democratic lawmakers after the cough-filled speech, and they captioned it, “After coughing into his hand during his entire speech, Biden proceeds to shake hands with everyone in the crowd.”

Recent events involving the state of Biden’s apparent deterioration of mental and physical health,  including this one, have prompted the Washington Free Beacon to even declare a state of DEATH WATCH 1 on the Potato-in-chief.

Biden could barely utter one sentence without stopping to hack up a lung for several minutes at a time. Further alarming was the fact that in between coughing fits, Biden stopped to blow his nose. People attending the address still gathered around his desk for photo ops and even shook his germ-riddled hand after the speech.

Conservative commentator Carmine Sabia remarked, “President Joe Biden sounds like his lungs are gonna come out of his chest he’s coughing so much.”

Even leftist journalist Aaron Rupar found the excess coughing too much and expressed this by tweeting, “Biden is really struggling through his White House speech today with lots of coughing. Might’ve been wise to keep his remarks a bit shorter.”

Stephen L. Miller, the editor for the Spectator,  pointed out how Biden had just been walking around in a mask the day before, expressing his uneasiness over the lack of Covid safety protocols displayed throughout the video clip of Biden’s cough-riddled speech on Tuesday—expressing his discomfort with the apparent lack of COVID-19 safety protocol shown in the clip.

National Politics contributor Andrew Malcolm saw an ominous sign in Biden’s handshake gaffe, tweeting, “One day the humor will disappear when his blighted mind takes lives.” If we are being honest here, his blighted mind has already begun to do that, starting with the debacle in Afghanistan last year. 12 US families still mourn the needless loss of their sons and daughters, while many remain trapped in Afghanistan under the Taliban’s tyranny. With the failing economy, skyrocketing prices on everything, and the never-ending push for controversial jabs resulting in the untimely deaths of many, Americans have had enough and are about to lose their own collective minds.