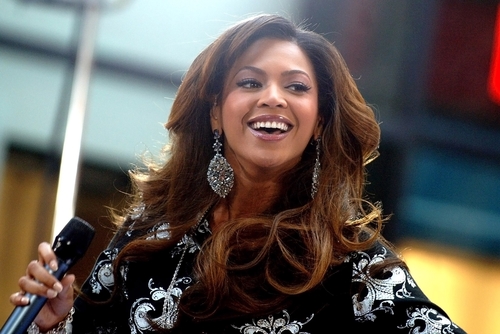 Veteran singer Beyonce, popularly known to her fans as Queen Bey, trends on social media after being accused of theft and copyright infringement by eclectic singer Kelis. Following Beyonce’s long-anticipated album “Renaissance” which was leaked two days before its official release date, Kelis, who listened to the album just like everyone else, discovered that one of the tracks called “Energy” had sampled one of her songs which she called “Get Along With You” without being asked for permission or given prior notice at least. Upon discovering that Beyonce has ‘stolen’ her work, she took to social media to share how she felt about that.

Responding through her Instagram account @Bountyandfull, she commented that not only Beyonce but many other people in the industry have no soul for engaging in such actions.

“My mind is blown too because the level of disrespect and utter ignorance of all 3 parties involved is astounding. I heard about this the same way everyone else did. Nothing is ever as it seems, some of the people in this business have no soul or integrity and they have everyone fooled.”

Kelis says Beyoncé has 'no soul' after sampling without permission: 'Disrespect' https://t.co/tKY4uFSSN6 pic.twitter.com/pGFFbPoU4a

To some social media users who had thought it was a collaboration between both artists, Kelis disputed that as she argued that it was theft and nothing else to her. Though Beyonce gave Kelis credit for the song, the artist has expressed her discontent with that, as simply seeing her name on the credits after the song had been released was neither courteous nor respectful to her.

“It has to do with the fact that from one artist to another, you should have the decency and the common sense and the courtesy to call, reach out a manager, an agent, anybody just be like ‘yo heads up this is what we are thinking,’” she said in a video she later posted.

Kelsi, who had an issue not just with Beyonce but with every other person involved, took to her Instagram page to protest this situation. She opined that such an act, though very wrong, is rampant in the industry. According to her, this is not the first time Beyonce and other artists will be copying her song or other issues like people taking credits for the music they did not work on. As she has had enough of all of the industry’s misbehaviors, she expressed full intentions to seek reparations and stop letting people get away with bullying her.

“This was a TRIGGER for me. Milkshake alone is one of the most licensed records of our generation. I am a creator, I’m an innovator. I have done more than left my mark on an era of music and style that will go down in history. But there are bullies and secrets and gangsters in this industry that smile and get away with it until someone says enough is enough. So, I’m saying it today. I’m coming for what’s mine and I want reparations. Peace,” she posted as a caption on her page.