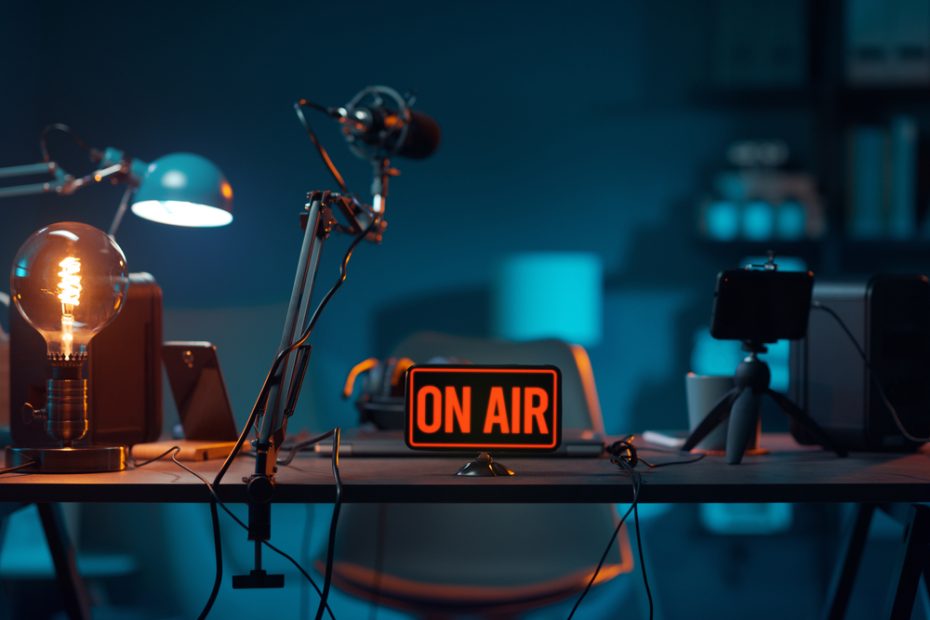 I love Ben Shapiro. He is near the top of my daily “must listen” list.

Ben will lay things out and doesn’t care about your feelings. He is highly educated, a very good debater, and one of the smartest dudes in the space. He is a must listen for most conservatives.

However, if you don’t like his message, what can you do? Take offense? Run to your safe space? Retreat to your underground lair located inside a hollowed out volcano?

I suppose you could just not listen.

Pretty radical move I realize, as libs love nothing more than to be overwrought, overburdened, and to make sure everyone knows their precious feelings have been hurt.

What to do if you have to even breath the same air as Shapiro? I mean, what if, hypothetically, Shapiro just happened to show up at a podcast event?

I’m quite certain the world would stop spinning on its axis. On the plus side, lib tears and melting snowflakes could definitely solve California’s water issue!

Recently, the evil Ben Shapiro popped into a pod event and the organizers had to quickly go into damage control to stem the wailing and gnashing of teeth. Check this out from Outkick:

A podcast organizer wants your forgiveness. Podcast Movement says it made a grave mistake and apologizes profusely.

Hi folks, we owe you an apology before sessions kick off for the day. Yesterday afternoon, Ben Shapiro briefly visited the PM22 expo area near The Daily Wire booth. Though he was not registered or expected, we take full responsibility for the harm done by his presence.

This is stunning in its absurdity. The fact that a high-profile podcaster like Shapiro or his Daily Wire organization would have anything to do with some group called “Podcast Movement” should be considered a compliment.

My best guess is you could literally take every podcast represented at that particular event, and Shapiro would still dwarf their number in listeners.

“There’s no way around it: We agreed to sell The Daily Wire a first-time booth based on the company’s large presence in podcasting. The weight of that decision is now painfully clear. Shapiro is a co-founder. A drop-in, however unlikely, should have been considered a possibility,” the organizer explains.

“Those of you who called this ‘unacceptable’ are right. In 9 wonderful years growing and celebrating this medium, PM has made mistakes. The pain caused by this one will always stick with us. We promise that sponsors will be more carefully considered moving forward.”

I imagine those that call Ben Shapiro appearing at an industry trade show “unacceptable” are the same folks that need safe spaces, liberal mental health days, and an unlimited supply of soy and vegan food.

I wonder if the music from Star Wars was playing when Ben walked in. You know, the music that plays when the emperor is walking in.

The pain must be unbearable for the podcasters that were offended by Ben Shapiro’s presence. I can only imagine how terrified they felt. What if the evil Shapiro, gasp, said hello? Oh, the terror!

Podcasting is hard. It takes a great deal of talent to podcast. Oh wait, no it doesn’t. It’s a job for people that don’t have the mental makeup or intestinal fortitude to make it in the real world.

There are some excellent podcasts and podcasters, make no mistake, however the vast, vast majority are garbage being created by people that don’t want to go get real jobs.

I have done podcasts. They are free to do and easy. The folks at the trade event aren’t exactly big-time entertainment executives, rather just some people that have computers and bought a microphone.

The fact that a real media celebrity like Shapiro, and a real media company like the Daily Wire showed up only gave validity to the whole experience.