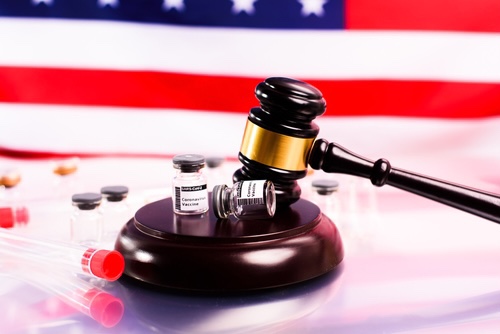 Refusal to adhere to religious restrictions regarding covid vaccination has cost a hospital a $10 million settlement fee. A group of healthcare workers in NorthShore University HealthSystem had filed a lawsuit against the hospital for denying their rights to be exempted from the hospital’s mandatory covid 19 jab.

The lawsuit stated that the hospital violated Title VII as it refused to accept some of the worker’s religious beliefs, forcing them from taking the shots. Northshore University hospital had also totally ignored other conditions that might help the workers keep their beliefs. It had refused to offer the option of regular testing or alternative measures that would have been acceptable to the plaintiffs.

In addition, the hospital’s requirement violates federal law for the approved emergency-use vaccine that states, “as a condition of receiving authorization for Emergency Use, all individuals to whom the product may be administered are given the right to accept or refuse administration of the product.”

With the irrefutable evidence and testimony of the 13 plaintiffs represented by Liberty Counsel, NorthShore University HealthSystem had decided not to let this drag on and settle with the plaintiffs out of court as they stand to lose more.

For this settlement, the hospital has agreed to adjust its religious accommodation, ensuring that it now complies with the law. In addition, the healthcare workers who were unjustly fired for refusing to take the vaccines will be qualified for rehire. Finally, the hospital will also pay a settlement fee of $10,000 to the plaintiffs for denying their religious rights, compelling them to receive this vaccine, or risk losing their jobs and covering the legal fees.

Workers other than the plaintiffs who were also denied their religious exemptions would be eligible for compensation from the settlement fee as the plaintiffs had filed a class action lawsuit.

Liberty Counsel’s vice president of legal affairs, chief litigation counsel, and the lead attorney for the plaintiffs, Horatio Mihet, said in a press release: “The policy change and substantial monetary relief required by the settlement will bring a strong measure of justice to NorthShore’s employees who were callously forced to choose between their conscience and their jobs.”

“Employees of NorthShore who were denied religious exemptions will receive notice of the settlement, and will have an opportunity to comment, object, request to opt out, or submit a claim form for payment out of the settlement fund, all in accordance with deadlines that will be set by the court,” Liberty Counsel said in a press release.

The founder of Liberty Counsel, Mat Staver, added: “Let this case be a warning to employers that violated Title VII. It is especially significant and gratifying that this first classwide COVID settlement protects healthcare workers. Health care workers are heroes who daily give their lives to protect and treat their patients. They are needed now more than ever.“

This lawsuit is recorded as the first of its kind and a big win for employees in the United States as one had ever filed or won a suit against a private employer for denying their staff a religious exemption.