Arrest Delayed as Horse Annoyed at Being Pulled Over by Police 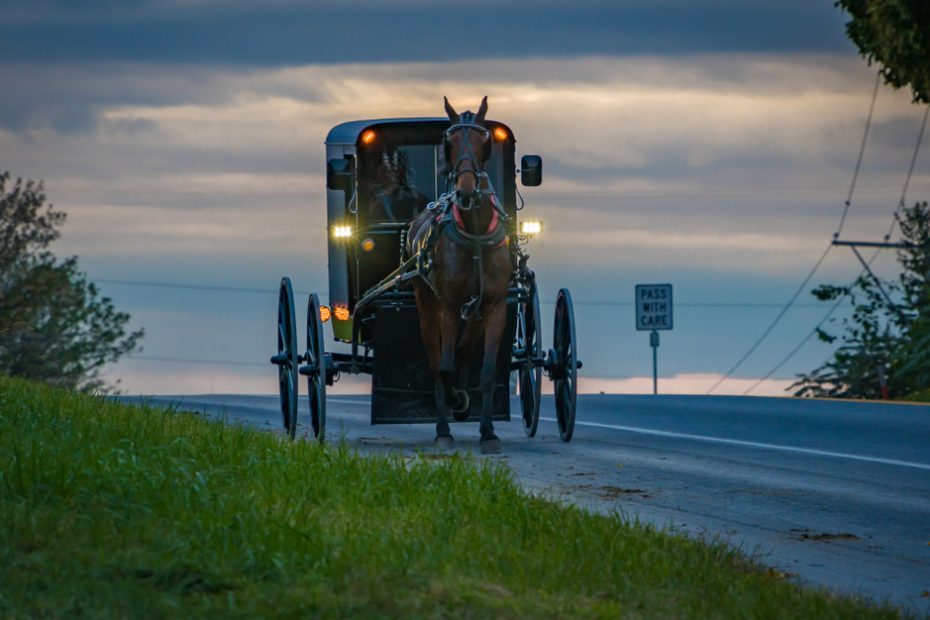 In Jefferson County, Pennsylvania, horses and buggies operate alongside cars and trucks on the roadway. However, drivers of horses and buggies still have to obey traffic laws, as one young man, Ray Byler of Sigel, Jefferson County, Pennsylvania, recently found out. Police had been alerted earlier in the day of a reckless horse-drawn buggy going through the streets, but the police could not find this reckless buggy driver. Police say that when they saw the horse and buggy go by, they decided to follow it due to the earlier report. Then as they followed it, they watched as it sped up and went around a turn. The buggies brakes locked up and the wheels slid. This sent sparks flying from the wheels of the buggy. Officers continued to follow the buggy until it pulled over to let the officers pass.

Police say a Sigel man is facing drunk driving charges after reportedly operating an Amish horse and buggy in a “reckless manner.”https://t.co/5b0SmRQzSA

Instead of passing Byler, the police decided to stop and ask if he was alright. That’s when they got a surprising look at the twenty-year-old. He answered them with slurred speech, and when the police asked if he had been drinking, he said he had. Police noted that he smelled like alcohol when they stopped him. Byler failed the field sobriety test, and his horse acted up during it too. Police allowed Byler to remain by the horse’s side until a close family member could come and take care of it. After the horse was cared for, police took Byler to a local hospital to draw blood from him, but he refused the blood draw.

Byler will face misdemeanor driving under the influence charges and reckless and careless driving charges. It’s a miracle he’s not being charged for drinking under the legal age. He will most likely be shunned in his community for up to 12 weeks for his behavior publicly and whatever legal demands the state places upon him. Very rarely do the Amish fight against charges made against them in court, and typically even though he will be shunned, the community will support him through this difficult time.

Although the man was Amish, that doesn’t mean he was not allowed to drink according to his Order. Old Order Amish, which tends to be in Pennsylvania, allows drinking, tobacco, and bed bundling courtship. The New Order Amish will not allow it, which was part of the reason the order split between Old and New. Rumspringa is a typical time for a young Amish person to drink, potentially to excess, even though they’re not supposed to. During Rumspringa, young Amish experiment with things they would not otherwise have access to, such as alcohol, rock’n’roll, drugs, and otherworldly things. After a set time, the young must decide if they are prepared to put away worldly things and dedicate themselves to the Amish lifestyle.