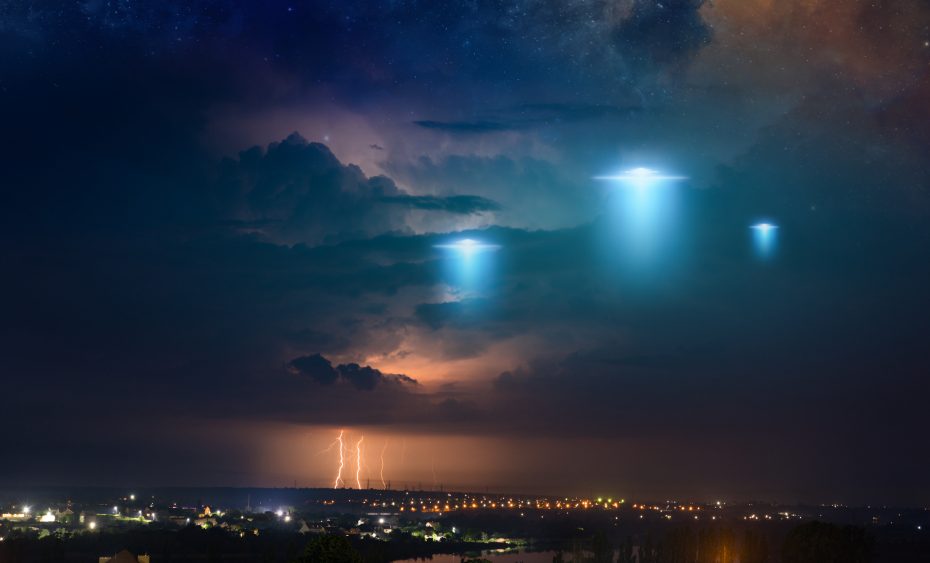 Three former US cavalrymen said they were warned to keep quiet after they saw a strange object while they were based on the Israeli/Egypt border in 2014.

After the men retired from the military, they came forward to tell their story. It comes as the first ever Congressional hearing about UFOs – or unidentified flying objects- got underway in May.

Speaking to the MailOnline, the veterans explained how they had seen eight bright objects moving across the sky over the Sinai desert on the Israeli-Egyptian border, at speeds no known man-made object could achieve.

Their job in the region was to monitor the border as part of the Multinational Force and Observers mission, but one night while surveying the area from his guard post, Engram noticed something very strange.

He said he had been “scared sh—less” after seeing a bright object in the sky which he was certain was not of this world.

According to Engram, the craft was spinning, and smaller, spiraling lights emerged from it which looked like fireworks and the objects moved at speeds that man-made crafts would have found impossible to match.

Alarmed at what he was seeing, Engram radioed to his command post located 200 miles away, and they said they could also see the strange phenomenon.

The experienced vet who had served in Iraq and Afghanistan said:

“I would describe it as a big object with several smaller objects, which appeared to be communicating, or scuffling, like a dogfight in the air,

“We knew it wasn’t our military and it was baffling,” he continued.

“The objects were glowing – you could clearly see them with the naked eye, and it was clear how fast they were moving.

“To this day, I’ve never seen anything like the craft, covering such distance with extreme speeds.”

E4 specialist, Singh said he tried to look at the eerie object through his night-vision goggles but found it difficult to make out a set shape. He thought it was probably oval and about the size of a passenger jet:

“The craft and smaller objects began moving like fireflies, left, right, up and down,” explained Singh.

“They were turning everywhere instantaneously. They must have been 30,000 ft high in the sky.

The military specialist said the objects had flown from one end of the horizon to the other in mere seconds.

“I cannot imagine any military that has this type of technology. We’re talking U-turns while at hypersonic speeds,” he said.

He said that he radioed from the watch tower to Israeli and Egyptian authorities, but neither knew what the strange objects could have been.

According to Singh, military personnel are “intimidated” by the Pentagon into not talking about UFO experiences, which he believes could potentially put soldiers in danger:

“We need a set of procedures so that we can report such events. Give me a format, give the soldiers some training,’ he said. ‘It could be really lethal… If these things were hostile, we couldn’t defend ourselves.

“My fellow veterans who have been through the same experience as myself all strongly suspect that senior Pentagon officials were responsible for the persecution and intimidation efforts so that military personnel would not speak out in public about what they had seen.”