Apple To Pay $30m in Lawsuit Settlement With Workers 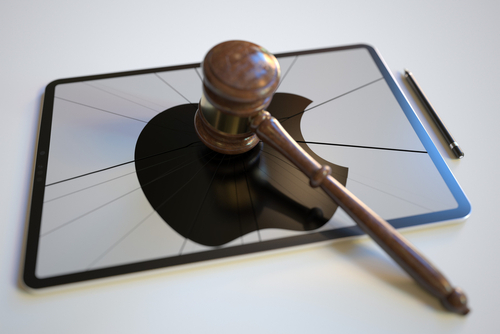 A U.S. District Court judge approved Apple’s bid to pay $30 million as a settlement fee on Monday. This is regarding a lawsuit against the company over employee bag checks for about a decade. The suit alleges that the company failed to compensate its retail workers for time spent navigating mandatory security screenings.

Judge William Alsup of the U.S. District Court for the Northern District of California approved the settlement on Monday. It covers 14,683 California employees in the largest known settlement for that type of case.

Apple will pay $30.5 million to settle claims it didn’t pay store workers for time spent having their bags and iPhones searched at their end of the shifts. https://t.co/yz3jjX5X7V

Employees who had sued the company claimed they often waited for several minutes during compulsory searches of their bags before leaving the store. This measure by the company was intended to prevent workers from stealing Apple products. The policy was, however, halted in 2015 as Apple CEO Tim Cook was unaware of this policy prior to the lawsuit.

The workers had also said that this procedure was “embarrassing and demeaning,” in the lawsuit. An employee once wrote in an email to Cook that “These procedures are often performed in front of gawking customers.”

The lawsuit initially argued that staff members should be paid for the time spent undergoing security checks, which could sometimes last as long as 45 minutes after their shifts ended. However, Apple argued that the workers were given an option to leave their bags at home. The original class-action lawsuit was dismissed in 2015 as the judge concluded that employees did not need to take personal items with them into the workplace. However, the plaintiffs appealed this ruling.

The appeal court directed the California Supreme Court to weigh the case under state law. The court stated that the state wage law is broader than the federal statute that does not require such payments. Following this development, California’s high court finally ruled in favor of the plaintiffs. The court concluded employees have reason to bring personal items to work and should be rightfully compensated for the time wasted during the searches. The federal court then revived the case, and Alsup last year said he planned to grant summary judgment to the plaintiffs and order a trial on damages.

Walmart and Amazon are among major US employers who have faced similar lawsuits. Last year, Amazon agreed to pay $8.7 million to 42,000 warehouse workers to settle one of those cases.

Amazon and its lawyers argued that “employees are only paid for their labor – to pack boxes, but not to stand at a security checkpoint, which does not involve labor or toil.” However, the Pennsylvania Supreme Court ruled last year that Amazon and its staffing partner will pay $13.5 million in the settlement.  Barbara Agrait, an Amazon spokesperson, said, “While we disagree with the lawsuit’s premise, we are complying with the terms of the settlement.”

The $30.5 million settlement will be paid to a class with 14,683 Apple employees in California. It marks the largest settlement in a security search case in the state’s history.