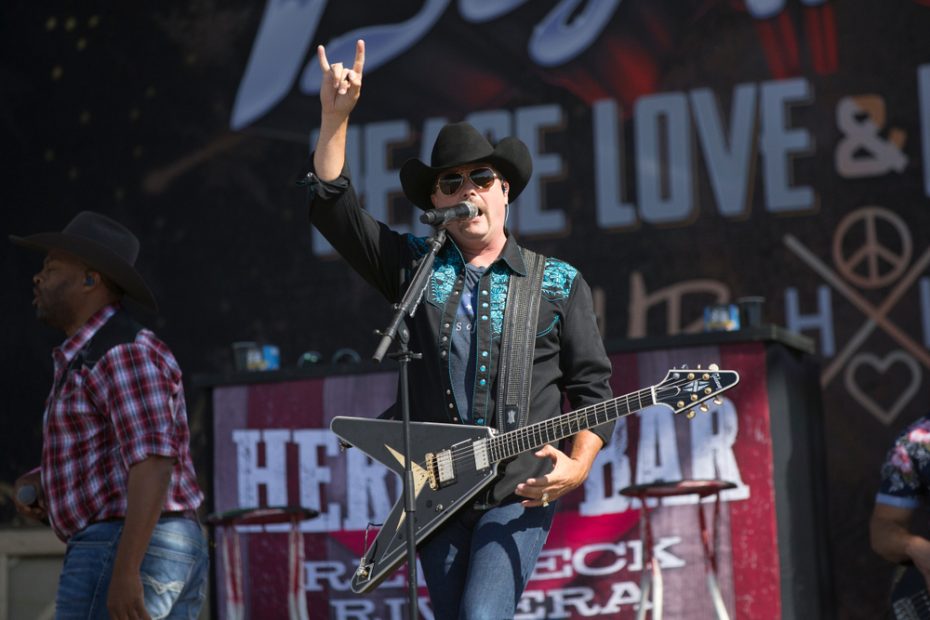 While leftist politics and woke values continue to overtake just about every institution in the United States, there are some bright spots, the most recent coming in the form of an anti-woke song with an ironic title.

Country star John Rich released “Progress,” which reached the No. 1 spot on iTunes’ country music chart after the singer promoted the single on Truth Social, President Trump’s social media platform. The song, said Rich, is “my message to the tyrants running our country into the ground,” a response to Sleepy Joe’s calamitous policies rendering the United States into something akin to a developing country.

“Progress” opens by openly criticizing Brandon’s Build Back Better agenda, a series of leftist fantasy police, which has failed the country spectacularly:

They say building back better will make America great

If that’s the wave of the future, all I’ve got to say…

But the song’s refrain is really the heartbeat of the message, as it turns the word “progress” on its head and reminds people that big government should stay out of our lives:

Stick your progress where the sun don’t shine

Keep your big mess away from me and mine

If you leave us alone, well we’d all be just fine

Stick your progress where the sun don’t shine.

The tune specifically addresses the porous southern border, the withdrawal from Afghanistan that led to the deaths of 13 U.S. service members, the floundering economy, the turn-away from Christianity, and the destruction of the first amendment:

They invite the whole world to come live in our land
And leave our countrymen dying in Afghanistan
They say let go of Jesus, let government say
You can have back your freedoms if you do what we say

Rich just doesn’t point out the problems the disastrous Brandon Administration has caused, but also calls upon Americans to rise up and fight back:

The singer doesn’t hold back in his video for “Progress” either, where we see a montage of the country’s so-called “progress” under the influence of the left — empty grocery store shelves, skyrocketing energy prices, baby formula shortages, rioting in the streets, and widespread urban breakdown, according to Brietbart.

But the video ends on a positive note, showing Americans of all ethnicities and religions celebrating America and displaying their patriotism.

Rich co-wrote the song with Jeffrey Steele, who recently released the single “Walk Toward the Fire,” a tribute to the late Andrew Breitbart to help mark the tenth anniversary of his death. Some of the lyrics in Steele’s song refer to Breitbart, but could easily apply to John Rich and his brave fight against an entertainment industry hellbent on destroying what makes America great:

In a world that’s gone out of its mind
Was he the last one of his kind?

Someone who ain’t afraid to fight the fighters
Throw the truth at all the liars.
Sees the smoke and the flames get higher…