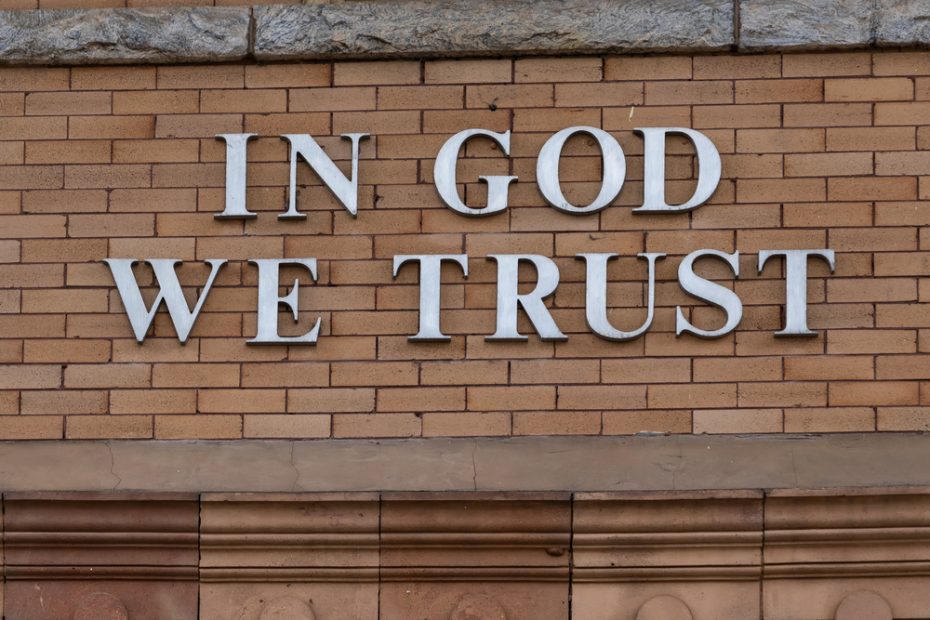 Some take the slogan “don’t mess with Texas,” seriously, are proud to call Texas their home, and are happy to be living in the great state under God. However, there are a few who are opposed to everything Texas stands for and would rather have us turn into another California.

One such activist is Chaz Stevens who is doing all he can to ‘prove’ the hypocrisy of Texas and the new law recently passed.

He’s taking on a Texas regulation that requires government-funded schools to show signs and banners with the public witticism “In God We Trust” in “conspicuous places.” The law requires that the signs were either given or bought as private gifts to the school.

Stevens, who lives in Florida and is known for his petitions to local legislatures, knew about the law about seven days prior and said he was aggravated by the transition to bring faith — in this scenario, Christianity — into schools.

“That should be irritating for you, regardless of what God or not-God you believe in,” he said.

There was no requirement that the saying must be written in English. He chose to begin a fundraising mission to send banners to schools around the state with the saying written in Arabic.

“They didn’t say anything about language,” Stevens said. “And as an artist, it’s always art forward for me. So I thought, well, know what looks good…and then it occurred to me that Arabic is beautiful.”

He said his objective with this mission is equivalent to his past undertakings.

“It’s simple — it’s empowering hypocrisy itself, turning bureaucracies against themselves, figuring out what the bureaucratic hypocrisy is,” Stevens said.

A Texas law requires public schools to display signs with the national motto: "In God We Trust."

So an activist started a campaign to send posters to schools with the motto written in Arabic instead.

The law was passed the previous summer. At that point, there were a larger number of worries about the pandemic than the signs – and just now are seriously being given, The Texas Tribune reports.

Conservative state Sen. Bryan Hughes wrote the bill and has shared updates as individuals began creating and purchasing gifts to send off to various regions and schools.

The law requires the banners or signs to be given or “purchased from private donations,” and the U.S. banner and Texas state banner should be addressed on the banner also. It “may not depict any words, images, or other information.”

However the law doesn’t specify English being the main language that can be shown, Hughes answered fresh insight about Stevens’ mission.

“Read the bill. The sign must contain In God We Trust US flag, Texas flag and may not depict any other words or images,” Hughes wrote. “Print what you like, but only these signs qualify under the law.”

Regardless of that, Stevens is going full speed ahead with his plans. In under seven days, he has raised more than $18,000 and is building up to support the acquisition of the signs. Stevens said he doesn’t have a rundown of specific schools as the main priority as of yet, but he’s planning to send the signs to politically liberal and moderate regions.