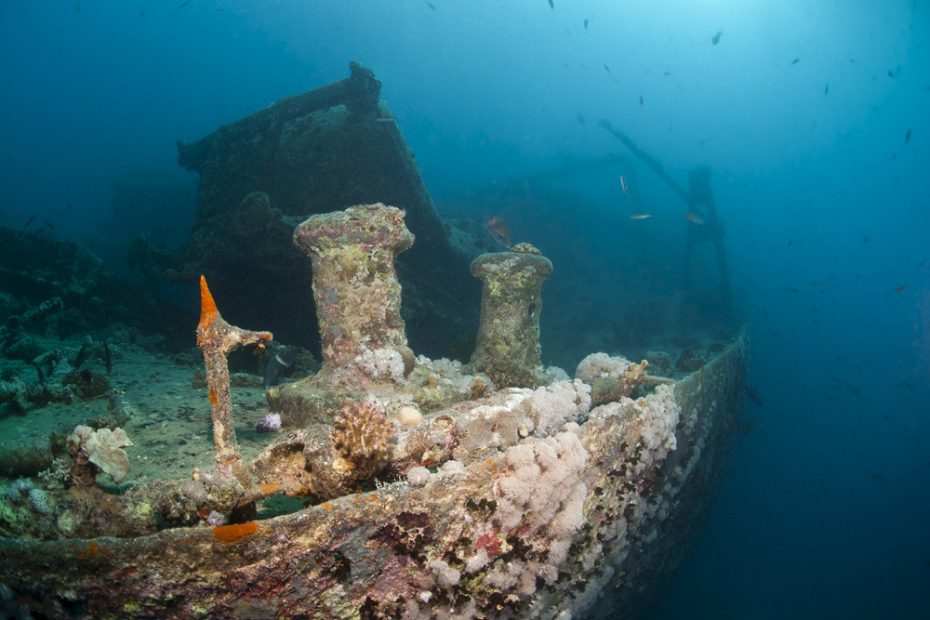 A new, ultra-high definition of the infamous wreck of Titanic shows the ill-fated ship in never-before-seen detail.

The remarkable video dubbed a “first-of-its-kind” shows the ship’s 200-pound anchor chain and giant portside anchor which has remained on the sea bed after the huge passenger vessel broke into two after it sank in 1912.

Titanic, a White Star Line-owned passenger ship, sank on its maiden voyage across the Atlantic on a journey from Southampton, England to New York after striking an iceberg around 400 miles from the coast of Newfoundland.

Only 706 passengers survived the ordeal while 1,517 perished, mainly from hypothermia in the freezing Atlantic Ocean.

Survivors who managed to pack into one of Titanic’s 16 lifeboats were rescued by the RMS Carpathia around three and a half hours after Titanic’s mayday call.

Now protected under an international agreement, the site of the wreck was registered as a UNESCO Cultural Heritage Site in 2020, which prohibits maritime explorers from disturbing the area or taking relics from the wreck, but it does not prohibit filming and photography.

The new footage which was captured by diving excursion company Oceangate Expeditions captured the wreck which sits 12,500′ below surface level in stunning definition, with “astonishing level of detail” and colors not seen by the human eye since Titanic sailed the ocean in 1912.

ON NOW: New footage in 8K has been released of the Titanic. @telester from @7NewsAustralia joins David and Will with the latest. pic.twitter.com/iHAUobXpI4

The team used advanced 8,000-pixel cameras to film the wreck while the crew looked on from their submersible, Titan.

“The amazing detail in the 8k footage will help our team of scientists and maritime archaeologists characterize the decay of the Titanic more precisely as we capture new footage in 2023 and beyond,” said Stockton Rush, the president of OceanGate Expeditions.

The company also gave some lucky Titanic enthusiasts a chance to take a close-up view of the wreck. Paying customers were able to bag a seat on a five-man submersible, Cyclops on the eight to ten-hour expedition.

After the 2.4-mile descent to the bottom of the ocean, the crew was stunned as Titan’s spotlight lit up the vessel’s “enormous 15-ton anchor still located on the deck of the shipwreck and the shackle that was originally attached to the main mast that has now collapsed,” said Titan’s pilot, PH Nargeolet.

“Later in the video you see three round structures along the inside of the railing. These are the triple fairleads that were used to feed the docking ropes to the bollards on shore to secure the ship to the dock when the Titanic was at port.”

One of the crew also spotted the ship’s hull number one which was used as a cargo hold – pieces of Titanic that would not have been seen by any human eye since its sinking 110 years ago.

“One of the most amazing clips shows one of the single-ended boilers that fell to the ocean’s floor when the Titanic broke into two,” said expedition diver and Titanic expert, Rory Golden.

“Notably, it was one of the single-ended boilers that was first spotted when the wreck of the Titanic was identified back in 1985.”

The footage is important in the preservation of the ship’s memory and as research as to how quickly the Titanic is decaying.

Experts suggest that the wreck has endured significant deterioration of its ‘structure’ over the years, particularly from more intrusive and bullish expedition missions.

During the filming of the Oscar-winning movie, Titanic in 1997, director James Cameron’s crew was said to have damaged the wreck hitting their submersible against the 108-year-old hull.

Researchers say that the wreck will completely collapse within the next 40 years.