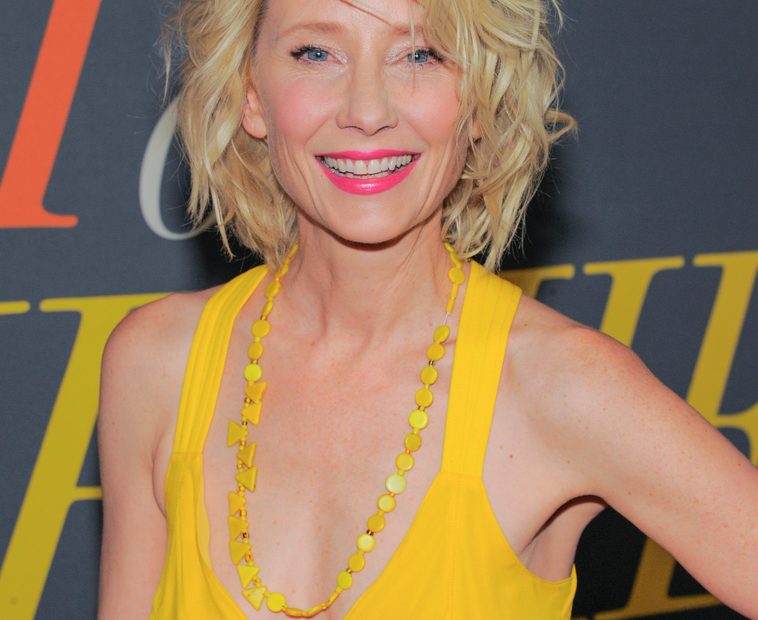 Nearly 60 firefighters responded to the scene of a horrific car wreck caused by actress Anne Heche, who is in critical condition, after she reportedly crashed her car first into an apartment building garage, then into a house, in a residential area of Los Angeles.  Her blue Mini Cooper exploded after the crash into the house, and witnesses reported seeing the actress severely burned and taken away in a stretcher while flailing her arms.

David Manpearl, a neighbor who saw Heche’s car speed by him before the crash, ran to the scene to help his neighbor and her pets escape the fire that had consumed her home. He said he then went to help Heche who was still conscious but pinned between her seat and the deployed airbag, so he reached her via one of the car’s back doors and expected to find her dead.

As The New York Post reports, Manpearl said, “I tried speaking with her a few times asking if she was ok but she wasn’t responding so I had to get closer. I was able to open the back door of the car and crawled half-way inside. This time when I asked her if she was ok, she said no.”

A new video has surfaced showing actress Anne Heche driving erratically on yet another residential street not long before she crashed in Mar Vista. https://t.co/JTOf6zIbr4

Part of the investigation into the cause of both crashes will include toxicology, as witnesses at the first crash who were apparently trying to get her out of the car and stop driving, took photos of Heche at the wheel of her Mini Cooper with a red-topped container that appeared to be a vodka bottle.

Anne Heche was awake and talking after 59 firefighters used CRANE to extract her from fiery car wreck following 'drunken' crash into house at 90mph: Star will 'pull through', says ex
via https://t.co/HQfrCH9DRk https://t.co/yWanXkUwQ5

Heche, 53, is no stranger to controversy or tragedy, and has revealed having grown up in a dysfunctional family and experienced bouts with substance abuse.

She was in a high-profile relationship with comedian and talk-show host Ellen DeGeneres for three years in the late 1990s and spiraled into mental illness after their break-up. Years prior to Ellen, Heche’s father, Don Heche, died of AIDS in 1983 after having lived his life as a closet homosexual, according to his troubled daughter who also said he had molested her when she was a child.

Sadly, the Heche family experienced another car crash just months after Don Heche’s death, with Anne’s brother, Nathan, killed in a wreck that his sister suspects was suicide.

But some are optimistic over Anne’s prospects. Actor Thomas Jane, Heche’s ex-boyfriend, issued a statement to The Daily Mail, saying that he expects her to pull through despite her car reportedly traveling over 90 miles an hour in the Mar Vista neighborhood in Los Angeles’ westside.

“My thoughts and prayers are with Anne, one of the true talents of her generation Thank God no one else was hurt,” Jane said to the UK news outlet.

It’s hard to imagine someone surviving such a catastrophic incident, and if she does come through this, the legal battle will be the next hurdle for the troubled actress.