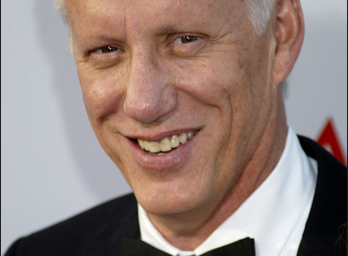 An ambush shooting carried out by a career criminal who ought to have been locked up has resulted in the deaths of two police officers in El Monte California. Police officers Michael Paredes and Officer Joseph Santana both lost their lives in the line of duty while trying to apprehend a suspect in El Monte, California.

Hollywood actor James Woods is now speaking out against the individual who, in his opinion, is to blame for this situation and that’s George District Attorney George Gascón of Los Angeles County.

The shooting occurred on Tuesday at a motel when officer Parades and officer Santana were responding to a stabbing call when all of a sudden man reportedly opened fire on them.  The man that pulled the trigger was Justin Flores,35, a guy who was on probation at the time of the incident for pleading no contest to a crime in 2020 of being a criminal in possession of a firearm. According to a local station’s report, the prosecution at the time decided not to pursue two further accusations against Flores: one for being a convicted criminal in possession of ammunition, and another for possession of meth.

Let’s put it as simply as we can. If George Gascon obeyed the law these two El Monte police officers would be alive today.

George Gascon has blood on his hands. Not only should he be recalled; he should be in prison. #RecallGascon https://t.co/Z3ue2NuJPo

Actor James Wood was angered by the lack of justice and according to the Western Journal he tweeted out:

“Let’s put it as simply as we can,” Woods wrote in a Twitter post linking to a Fox News article about the appeals court decision. “If George Gascon obeyed the law these two El Monte police officers would be alive today,” he said. “George Gascon has blood on his hands. Not only should he be recalled; he should be in prison.”

Flores should have been sentenced to three years in prison in accordance with California’s “three strikes” law. This law mandates that prosecutors take into account the criminal defendants’ prior records when making decisions regarding the prosecution of the case. Gascón, on the other hand, chose not to apply the “three strikes” statute, therefore Flores was given the light sentence of probation rather than the harsher penalty of a third strike. Liberal judges and District Attorneys are not just harming citizens but they’re also putting police officers in harm’s way.

In a separate incident in Maryland, a Sheriff’s Deputy was killed in the line of duty this week by a man that should have been locked up in prison for a felony. Sheriff Deputy Glenn Hilliard was shot while pursuing a suspect in Pittsville, Maryland. The man who allegedly killed Hilliard was Austin J. Davidson, 20 who two years earlier was arrested for robbing a McDonald’s in Baltimore with a handgun. Davidson ultimately received probation before judgment and didn’t face any jail time at all.

In response to the shooting Wicomico County Sheriff Mike Lewis was quoted saying “Someone like this should not have been out on the streets,” Lewis said. “It’s unacceptable” that this guy didn’t serve any jail time for armed robbery. “This is not a gun issue; it’s a behavior issue,” Lewis concluded.

Wicomico County Sheriff Mike Lewis speaks at a news conference regarding the arrest of Austin Davidson, who was charged Monday in the fatal shooting of a sheriff’s deputy who was trying to arrest him on multiple felony warrants. More: https://t.co/AqN1vTo7x2 pic.twitter.com/0JFAzWgdm2

Police officers are dying protecting our towns and cities it’s time for district attorneys and judges to start keeping criminals behind bars.