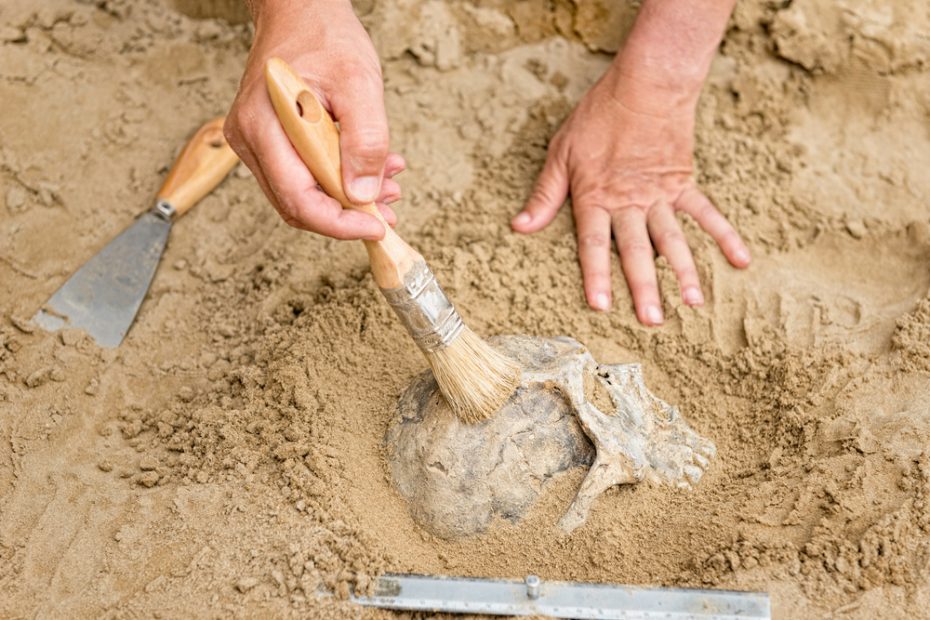 In the latest “no this is not a Babylon Bee” article, Breitbart reports that a Canadian academic tweeted a series of tweets aimed at anthropologists whom she said should stop identifying human reamins as “male” or “female” as scientists don’t know how ancient individuals identified themselves.

Canadian Master’s degree candidate Emma Palladino said that transgender individuals “can’t escape” their sex because archaeologists who find their bones one day “will assign you the same gender as you had at birth,” rather than acknowledging that it’s physically impossible to change one’s sex.

“My trans+non-binary friends: You might know the argument that the archaeologists who find your bones one day will assign you the same gender as you had at birth, so regardless of whether you transition, you can’t escape your assigned sex. Let me tell you why that’s bullshit.”

In a follow-up tweet, Palladino says that that type of thinking undermines what gender-focused and queer archaeologists and scholars have been working on for decades, which is “to unpack assumptions that archaeologists make about gender and identity, both today and in the past.” She goes on to say that while the field has a way to go, most archaeologists are “acutely aware of how culturally and spatially relative the concepts of sex, gender, and identity are.”

Continuing her diatribe, Palladino ascertains that “labeling remains ‘male’ or ‘female’ is rarely the end goal of any excavation, anyway.”

Labelling remains “male” or “female” is rarely the end goal of any excavation, anyway. The “bioarchaeology of the individual” is what we aim for, factoring in absolutely everything we discover about a person into a nuanced and open-ended biography of their life. 5/

But fear not! Palladino assures the transgender community that even if “some shitty archaeologist in the future misgenders” them, trans people will still have the final say, even when they’re dead:

And even IF some shitty archaeologist in the future misgenders you, that will never change who you were, regardless of whether you’ve medically or socially transitioned, regardless of anything. You are you, a dignified human, and always will be, even in death. 10/10

If archeologists allow little brainlets like @EmmaPalladino to mandate we ignore 'inconvenient' facts and evidence for the sake of 'feelings', science will cease to exist.https://t.co/TPSU1WUXgq

Others agree with Palladino.

Trans Doe Task Force, a group whose mission is to remedy the way forensics identifies human remains,  proposes that identification include reviewing databases to see if decedents are wearing clothing that is attributed to a gender other than the one they were assigned at birth.

Part of the group’s statement reads:

We maintain our own database of missing and unidentified people who we have determined may be Transgender or gender-variant, as most current database systems do not permit comparison of missing to unidentified across different binary sex categories. We engage directly with the wider forensic science community to explore ways to dismantle damaging and ineffective practices in the investigative process. We also reach out to law enforcement departments which may have cases involving a gender-variant decedent and offer our services as forensic genetic genealogists.

Jennifer Raff, an associate professor at the University of Kansas, published some common sense-deficient drivel called, “Origin: A Genetic History of the Americas,” in which she claims that there are “no neat divisions between physically or genetically ‘male’ or ‘female’ individuals.”

As an example, Raff cites an excavation in Peru where scientists are examining possible evidence of female hunters at an ancient site, suggesting that we don’t know how a 9,000-year-old biologically female Peruvian hunter would have indentified herself.

Raff also claims that the concept of being male or female is not universal and was “imposed by Christian colonizers.”