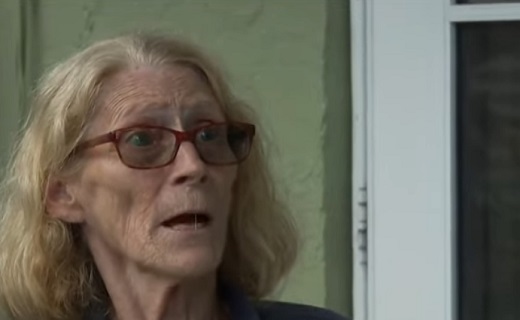 A  69-year-old woman took out a home intruder this week in Florida and stated that she would easily do it again to protect herself and loved ones, but that she also asks God for forgiveness in taking a man’s life.

The Orange County woman told her story about the terrible experience of shooting the home intruder who busted into her residence.

Her name is Virginia Morrison and she’s 69-years-old and shouldn’t have to deal with home intruders, but this one clearly picked the wrong home to target, as Morrison wasn’t messing around when she took him out for good.

The break in happened around 12:40 that day and Morrison knew something was wrong, according to reports:

“I heard the door handle kind of rattle. And then the door opened and the guy stepped in my house,” she said. “I didn’t know who he was. I looked at him and I said, ‘who are you and what do you want?’ [He said] nothing. The whole time the guy was here. He never said one word and I never saw his eyes move. Total blank,” she said.

Morrison ran to the bedroom and screamed at her partner, Charlie, that there was a man in the house.

At this point Charlie was calling 911 and fired a shot near the ground where the intruder was standing, but the intruder didn’t seem phased.

That’s when Morrison herself sprang into action too, grabbing her gun as well.

“I said, ‘I’m getting my d— gun’ so I went to my bedroom and got my gun. I went out the back door and I came to the fence and he sees me. He starts toward me,” she said. “I fired a shot above him. ‘Back off, dude, I’ll shoot you.’ He just keeps coming toward me. So I shot him.”

When they arrived at the home located on Bentwood Street, deputies say they found a man in his 30s with a gunshot wound. The man was taken to the hospital where he was declared dead.

Morrison said: “I feel bad for his family. But you just can’t walk in people’s homes.”

She and Charlie have lived there for almost 20 years. Charlie himself is almost 80-years-old and shouldn’t have to deal with this nonsense either.

Morrison continued saying: “I had to do what I had to do to protect myself and Charlie. And I would do it again. If I had to, but I don’t want to do that…  hope God can forgive me for taking a man’s life.”

Reports say the case will be sent to the State Attorney’s Office and they will decide if criminal charges will be filed against her.

She has a solid chance that this is determined self defense, but of course, it’s up to the State Attorney’s Office to make the decision.