5 Reasons Why We Should End Pride Month 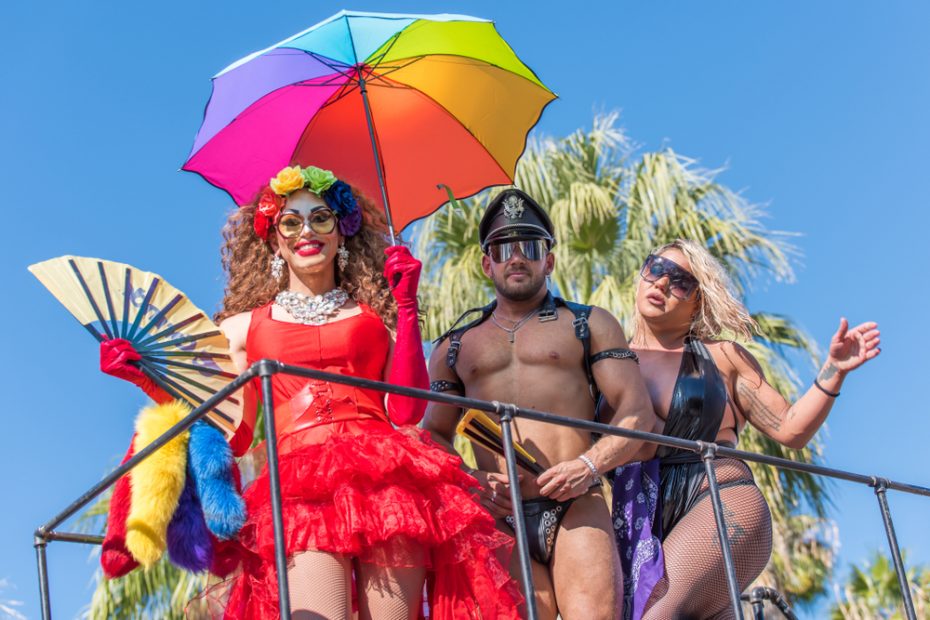 June has arrived, and with it comes that dreadful rainbow flag. It’s everywhere you look like some kind of colorful curse. Outside stores, on cartons of cereal, in every TV commercial, sports game, and woke social media profiles.

Even government agencies clearly feel compelled to adorn their websites and profiles with Skittle colors.

You simply can’t escape it. Pride has expanded well beyond its humble beginnings as a parade one afternoon to campaign for gay rights and equality. Pride has now become an institution of its own – drowning society in its ever-expanding number of colorful stripes – each one representing yet another sexual or gender identity.

In my view, Pride has gone too far. Here are 5 fundamental reasons why I think so:

While I think most right-thinking people would agree that every citizen deserves equal rights – including the right to freely express themselves and form consensual relationships with whom they choose – I also acknowledge that we are already equal.

It seems to me that many (not all, but many) in the gay and trans communities desire more than equality. They feel they’ve been wronged by society in the past and that we all have an obligation to them as a result, no matter how many laws are already in place to protect their rights and outlaw discrimination.

Pride seems to now be a pageant of victimhood and that only results in strengthening resentment.

Already in the course of this article, I’ve referred to those belonging to sexual orientation as a “community”. It’s a word that now goes hand-in-hand when referencing a section involved in the Pride sphere.

But why do we call gay or lesbian people a “community”? Surely this promotes unnecessary division in society. Straight people are no more a “community” than gay people are and we certainly don’t need flags to represent sexual orientations or indeed any other demographic group we may belong to.

It’s also important to remember that not all gay people support Pride and what it now stands for. It’s a movement, not an identity.

As I mentioned earlier, you can’t turn your head in June without noticing a rainbow flag plastered across some product or outside a shop window.

Kellogs told Tony the Tiger to block all furries on sight and even seek out furries to block who had never interested. Furries are a predominantly LGBT community. Now Tony is on a Gay Pride Cereal Box. Is this cuz he's coming out as a gay furry???? Or is he homophobic ally https://t.co/CUCeeXMQnY

I think it’s a shame that big corporations are using a sexual identity as a sales pitch for a month, and if I were gay, I would feel a tremendous sense of patronization about it. Even Disney has jumped on the bandwagon.

It’s not clear anymore what the movement stands for or what it’s trying to achieve in the USA. Pride was initially about bringing people together, but as I said before, it now just seems to exist as a means of highlighting differences.

Despite the undeniable fact that everyone in the USA has equal rights and gay people enjoy innumerable laws protecting any kind of discrimination against them, it seems to me that the Pride movement is determined to become increasingly radical and sexual in its approach.

Perhaps a direct result of its lost sense of direction after the legalization of gay marriage, the movement now seems to be determined to conquer every part of society – including our schools, sports, and institutions. Pride, as a movement, has begun to target our kids with its often overly sexualized propaganda – using its vice-like hold over left-wing politicians to do so.

It feels like equality is not enough, and the Pride movement has become aggressively determined to capture society under its thumb to change the very fabrics of our existence – even to the point that our medical institutions now refer to women as ‘birthing people’.

The drag event for children at a gay bar in Dallas, Texas was called "Drag the Kids to Pride." It was held at the Mr. Misster gay bar & club. Children & transvestites danced in front of an electronic sign that read, "It's not gonna lick itself." pic.twitter.com/tcgiqhqCbH

In short, Pride is divisive at its best and aggressive at its worst. It lost its way and has now become an aggressive cult, complete with its own flag and damaging agenda.

Dare to criticize the rainbow, and you’re ‘homophobic’, but let’s face it, that’s exactly what a cult *would* say.