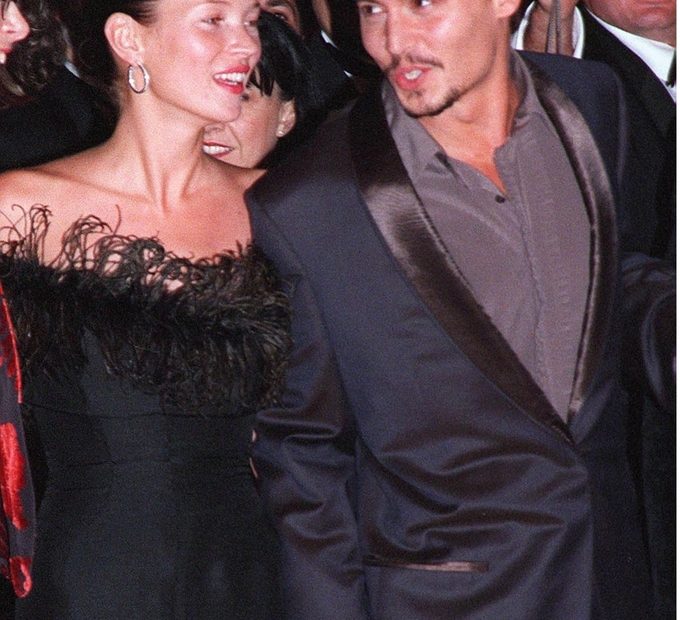 The court case that has all of America’s mostly undivided attention, Depp V Heard, rolled on recently with a key character witness for Depp coming forward.

Kate Moss, model and former girlfriend of  Captain Jack, testified regarding accusations that Depp abused her back in the 90s.

Heard had previously stated when detailing an altercation on a staircase between Depp and her sister Whitney Henriquez that she recalled a rumor in which Depp did the same to then-girlfriend, Kate Moss.

Heard used the rumor as an excuse for striking Depp in the face — she claims Depp was attacking her sister.

Kate Moss and Johnny Depp are getting back together after 25 years … at least, that's what fans hope after she torpedoed Amber Heard. https://t.co/b4UxbP1DrL

Yes, I am confused as well. Amber Heard used a decades-old rumor as an excuse to “jack” Jack’s jaw? Ok. Even if Depp did abuse Moss in some way back in the 90s, how is that pertinent and merit a smack from Heard?

Recounting the incident, Moss, who was under oath, said in part: “We were leaving the room and Johnny left the room before I did. There had been a rainstorm. As I left the room, I slid down the stairs and I hurt my back. I screamed because I didn’t know what happened to me and I was in pain. He came running back to help me and carried me to my room and got me medical attention.”

Moss reiterated, “He never pushed me, kicked me or threw me down any stairs.” Moss was not cross-examined by Heard’s legal team after her testimony.

So that clears things up a bit, no? It actually sounds more believable than Depp pushing her down a flight of stairs. Include the fact that the defense team opted not to cross-examine Moss, which is very telling of the veracity of Heard’s claim.

From my own experience, I don’t believe any of my ex lady friends would lie for me in an instance like this. They would probably say, “yea, he did it,” even if I didn’t, but that’s perhaps more of a commentary on me than them. Plus, I’m not as handsome as Depp.

So this looks like a major win for Johnny Depp’s case against Heard. Who knows how much impact it will have, as this endlessly fascinating case seems to change direction with the wind.

Stay tuned; despite all of the bad news in the media these days, at least Amber Heard and Captain Jack Sparrow are still entertaining America!