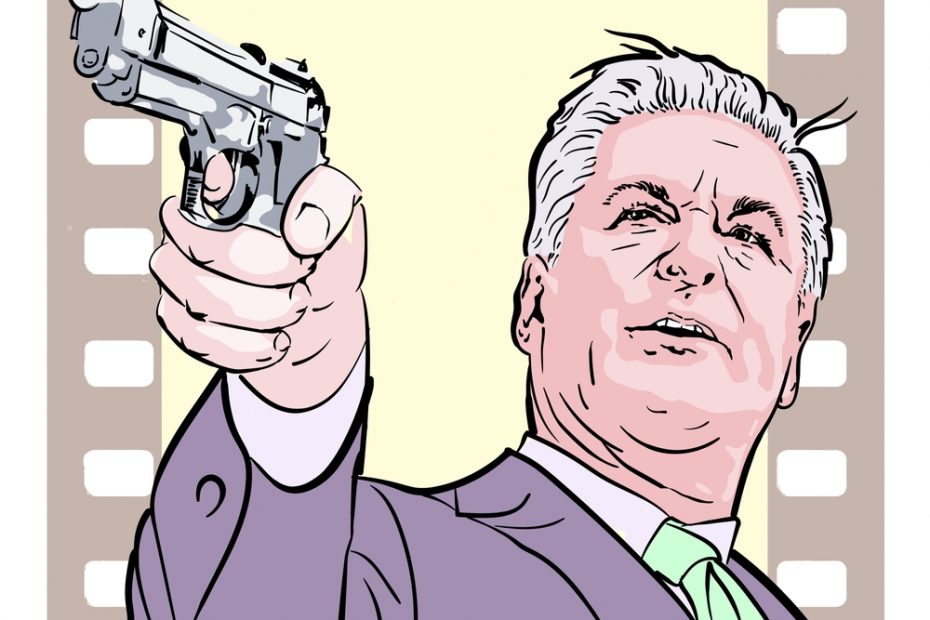 After all the bad news recently; mass shootings, prices at the pump, conflict in Europe, and a doddering old fool in the White House, it certainly is good to have something to laugh at!

Of all the people to make us snicker, guffaw, titter, chuckle, or snort with outright laughter, it’s Alec Baldwin!

You remember Alec Baldwin. Brother to the much more handsome, talented Stephen Baldwin?

Once upon a time, kids, Alec Baldwin was funny! No, I’m not talking about the cringe, pandering impressions on Saturday Night Live of our last great President, Donald Trump. Nope, only a true mental lightweight, or a liberal as the case may be, could have found that mess funny.

True enough, Baldwin had some excellent moments as Jack Donaghy, the clueless yet lovable boss on NBC’s 30 Rock, but much like a mediocre NFL quarterback can seem better than he is if his supporting players are stellar, such was Baldwin on the show.

No, I think one would have to go way back for Alec, possibly even to his role as a dead dad, Adam Maitland on Beetlejuice (the movie, not Chicago mayor Lori Lightfoot Shame on you!). That’s 1988, kids. It’s been a minute.

Well, check out Baldwin’s latest nugget of hilarity. Alec, who tragically shot and killed a co-worker on the set of some low budget flick he was starring in called “Rust” (That’s not the funny part. That’s sad),  recently came out in favor of “widespread workplace safety” in the wake of an airport fight involving an ex NFL player and an airline employee.

Hilarious right? I’ll give you a minute.

Following the video’s release, Baldwin is calling for widespread workplace safety in the US.

“The guy working at the airport is the victim,” Baldwin responded. “He came to work to do a job. The other guy, with his big mouth, is guilty of workplace abuse, where people come to work with an expectation of safety, even civility. This a**hole who hit this guy should be put on a no-fly list.”

Baldwin comments on details that he has no idea of since they haven’t been revealed, but he also displays his blatant hypocrisy and ignorance as if he thinks ANYONE has forgotten his misdeed.

Now let’s be fair, Baldwin claimed FULL responsibility for what happened on the set of Rust. Never mind! He blamed the gun!

Somewhat ironic, no? It was a crazy lib blaming a gun for gun violence when it took an actual living person to fire it!

If I were laughing any harder, I’d be committed!

To be serious, the accident on the set of Rust was tragic, but Baldwin didn’t even have the stones to take responsibility. Yet he lectures people on guns and workplace safety.

Alec Baldwin is the LAST person that should be talking right now pic.twitter.com/oFeFSzQXN2

How tone-deaf is he? Well, this is the second time in a month that he’s made remarks about safety at work.

“The very childhoods of our kids interrupted by this insanity,” Baldwin posted on Instagram. “We regulate many things in this country in the interest of public health and safety. Drugs, cars, professional licenses, etc. We need gun control reform. Now.”

Again, accident or not, Baldwin shot someone, and he’s now giving advice on gun control and safety.

Folks, this goes beyond the pale. Even if Baldwin’s black heart is in the right place (I doubt it), he needs to cool his jets were telling anyone else how to act is concerned.

If he weren’t so bad at acting, I’d say stick to it.